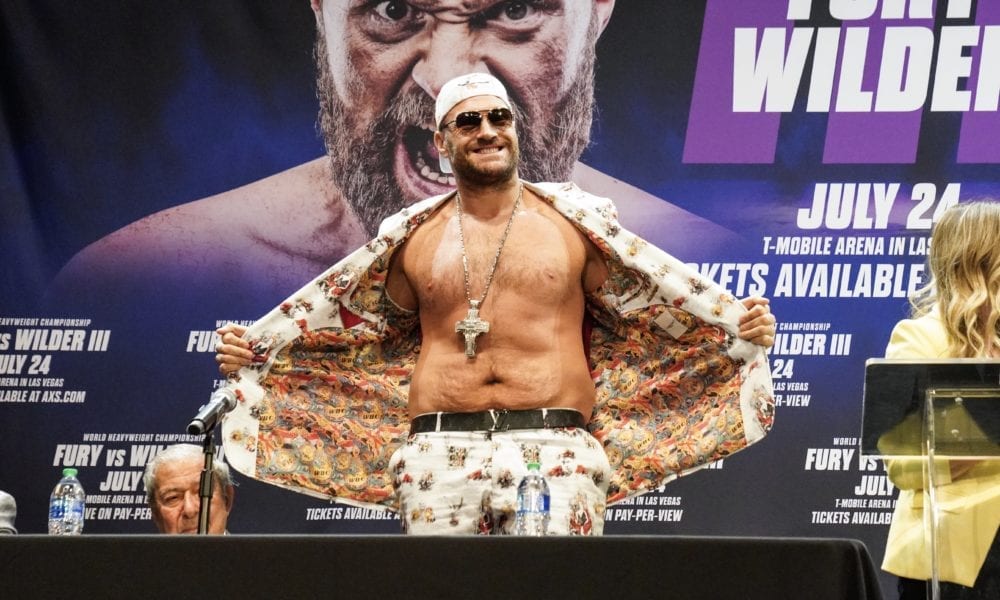 Controversy reigns around the latest postponement of the Tyson Fury-Deontay Wilder World Heavyweight title fight scheduled for later this month. And, we’re discussing that and the most prominent fight card coming up in Southern California Friday night on the latest “Big Fight Weekend Podcast.”

Host TJ Rives is back and ready to go over the news the week with senior writer from BigFightWeekend.com Marquis Johns. The guys discuss the fights from last weekend and also have more on the muddled lightweight division, as well as, Australian, rising star, Junior middleweight Tim Tszyu having won yet another easy fight in Australia earlier this week. When will Tszyu make his way to to the United States to fight American Star like maybe, Jermell Charlo?

TJ and Marquis discuss all of it setting the table for an interview with their special guest Steve Kim, boxing Insider and host of the “3 Knockdown Rule Podcast” along with actor / entertainer Mario Lopez. Kim gives his thoughts on the Fury-Wilder controversy and goes over the Golden Boy Promotions / DAZN fight card from Los Angeles on Friday night.

That one features “Zurdo” Ramirez taking on Sullivan Barrera in a Light Heavyweight contender bout for the main event. And, also a Lightweight contender showdown between Javier Fortuna of the Dominican Republic and JoJo Diaz, a former World title holder at 130 lb.

Marquis rejoins TJ at the end of the show with more thoughts on Tyson Fury’s Covid-19 positive test and the implications of when this fight with Wilder could possibly be held? Also, he and TJ go over the odds for Friday night’s Golden Boy fight card including which Underdog might be the most favorable one to go with?

Hear it all as part of the Big Fight Weekend podcast and make sure to follow/review us on Apple Podcasts, Spotify, Google, Etc!!