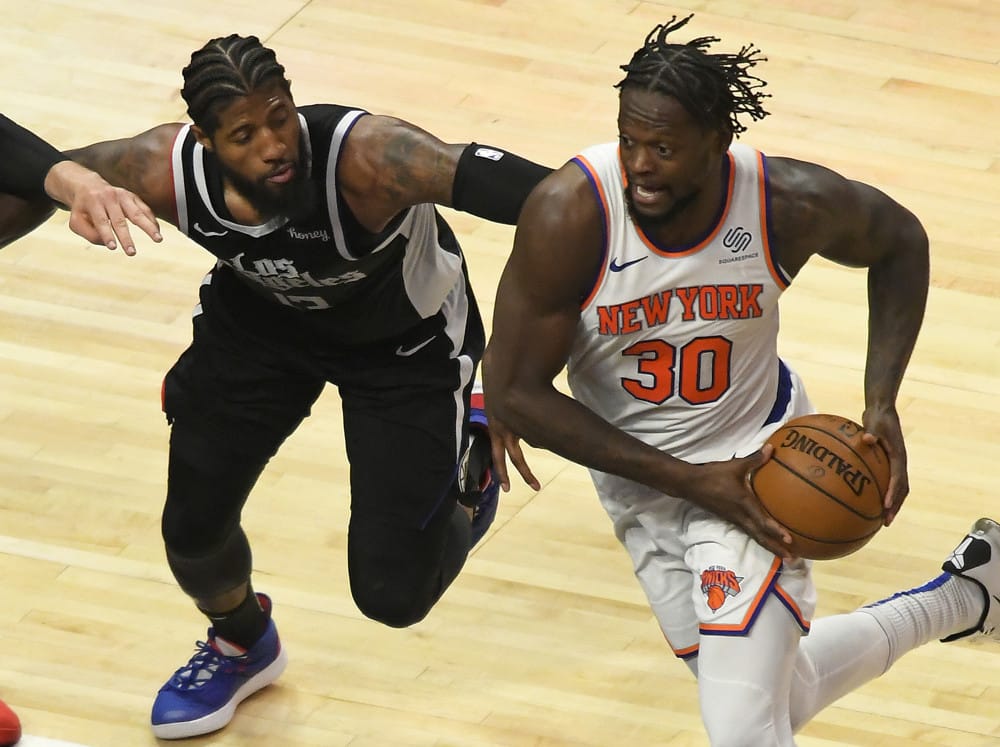 The NBA Playoffs are off to an exciting start. There have been some surprising results thus far and some unsung heroes for teams. Tonight we have three more stellar Game Two matchups featuring the Atlanta Hawks vs New York Knicks (-2), the Washington Wizards and Philadelphia 76ers (-8), and Memphis Grizzles vs Utah Jazz (-9). Plenty to choose from for our NBA Playoffs Player Props Picks.

I have three player props for tonight that I love and hope to cash on! Let me get right into it!

There is no secret Julius Randle struggled in Game One against the Hawks. In fact, Randle had a great season against the Hawks. In three games, he averaged 37.3 points, 12.3 rebounds, and 4.3 assists. Game One, Randle was only 6-23 from the field, finishing with 14 points and 12 rebounds. Randle is doing a great job rebounding the ball for the Knicks but I do expect him to bounce back tonight in a big way for the Knicks. If the Knicks want to tie up the series tonight, Randle is going to have to be better and I expect him to have a big night.

The big story line for the Utah Jazz in Game One was holding out Donovan Mitchell due to his ankle injury, despite Mitchell proclaiming prior to the game he was good to go. Furthermore, the decision made by the Jazz medical staff to hold out Mitchell infuriated and irritated him. Now, his team is down 0-1 against the Memphis Grizzles. This is a perfect storm for Mitchell to come out and be the superstar and best player on the court tonight for the Jazz. In fact, in two matchups this season against the Grizzles, Mitchell scored 35 in each of those games. Look for Mitchell to come out on fire tonight and lead the way for the Jazz.

Is there much to say about Russell Westbrook? In Game One, Westbrook dished out 15 assists for the Wizards. Furthermore, in the coach’s interview with Scott Brooks, he said the Wizards will not change their style of play. Meaning they want to continue to push the pace and play fast. Westbrook does a great job of getting up and down the floor and finding teammates for easy baskets. Furthermore, in the three regular season matchups between these teams, Westbrook dished out more than 12 assists in two out of those three games. I fully expect the pace to be pushed tonight by the Wizards, leading to more assist opportunities for Westbrook!