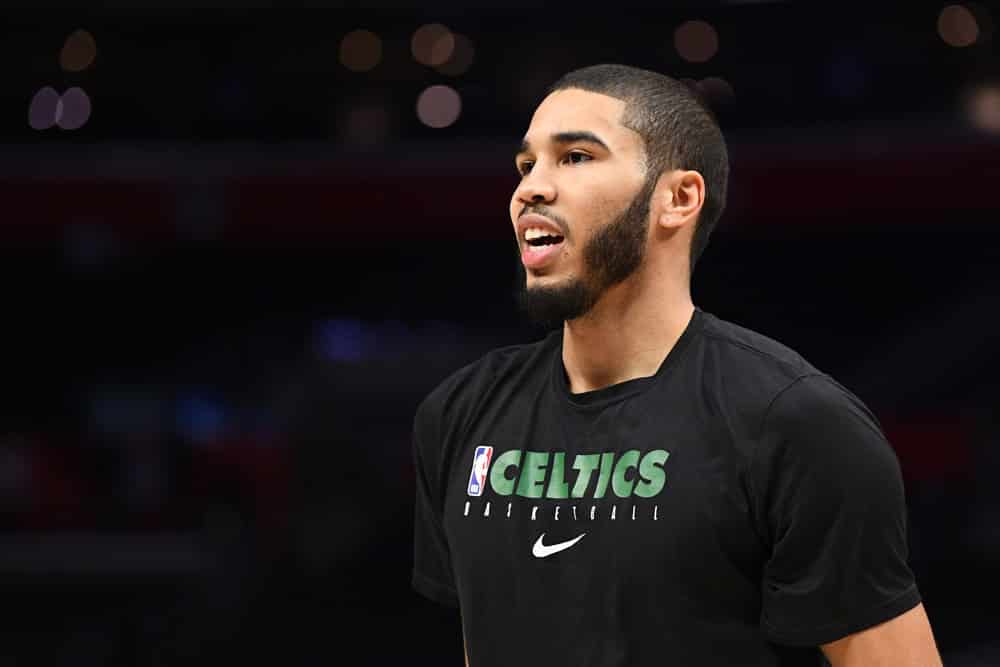 Before I get into the NBA picks for tonight, I had a revelation last night on Underdogfantasy.com! I was able to parlay my player prop picks and cash at better odds than I would get at any regular sportsbook! Now, I know there are books that let you parlay player props but using Underdog Fantasy was pretty awesome! Plus I got a free $25 for signing up using code SGPN!

Getting back to the player props, it’s been a good season so far picking plays and I hope to finish strong this season and keep winning for everyone that continues to support me and follow my NBA picks. Without further delay below are my three favorite player props for tonight’s NBA games. You can always find my NBA Daily Player Prop picks on my Twitter account @sportsnerd824. 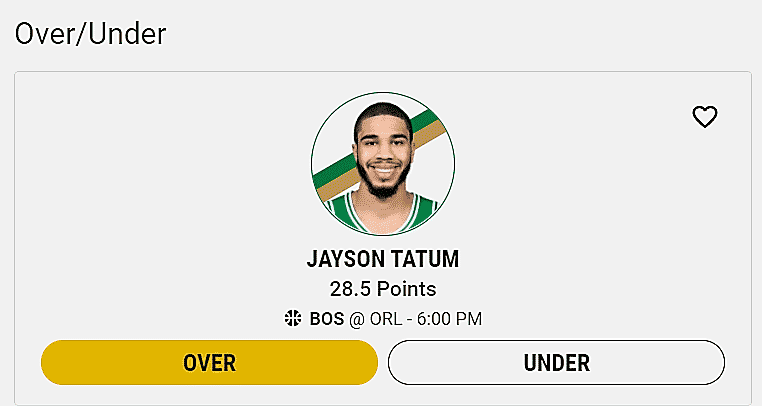 Jayson Tatum is playing at a high level over the last few weeks – over the last nine games Tatum has played in, he is averaging 30.2 points per game. Furthermore, in four out of his last five games, Tatum has exceeded the 28.5 points mark. Jaylen Brown is out tonight for the Boston Celtics, which will create more opportunities for Tatum to score against the Magic. Lastly, over the last two weeks the Orlando Magic are one of the worst defenses against the power forward position – the Magic allow opposing teams to shoot 54.1% from the field.

Think you know who is going to be NBA ROY? Check out the latest odds over at OddsShark.com.

Domantas Sabonis has been a monster since he returned from his injury. I know it’s a small sample, but over his last two games, Sabonis is averaging 29 points, 19 rebounds, and 11.5 assists. Furthermore, Sabonis is the focal point on offense with the injuries the Pacers are dealing with, in particular to Malcolm Brogdon. Currently, Brogdon is questionable for tonight’s matchup against the Kings, but Sabonis should keep on rolling.

In fact, the Sacramento Kings rank as one of the worst defenses in the entire league at the center position over their last seven days. The Kings allow 22 points and 21.6 rebounds to that center position and I continue to see them struggling tonight against Sabonis.

My last NBA pick is Russell Westbrook – that’s the analysis. HA! What can we say about what Westbrook is doing on a nightly basis? The books can not set the number for Westbrook high enough. In fact, over his last 10 games Westbrook averages 13.2 assists. Furthermore, in the two matchups this season against the Bucks, Westbrook dished out 12 and 17 assists respectively. I do not see a single reason why Westbrook will not continue his rate of cashing the assists prop tonight.

Two of Russell Westbrook's 1⃣4⃣ FIRST HALF ASSISTS have been DIMES! 👀

I do not need much to fade this Rockets team right now. The Sixers are in control of the #1 seed in the Eastern Conference and every game is important. I expect the Sixers to come out and crush the worst team in the league this season and get off to a fast start. Over the last 10 games the Sixers are 7-3 against the spread in the first half.

The Suns and Hawks are two of the most dynamic offenses in the NBA. Over the last five games the Suns rank #1 in offensive efficiency and their defense has fallen off a bit to #18 overall. Furthermore, the Hawks defense is #25 in defensive efficiency. I fully expect to see points being put up on the scoreboard tonight between these two teams.

Make sure to follow me on Twitter for all my NBA Daily Picks or if you just want to talk some hoops! Definitely check out the NBA Gambling Podcast where we break down every game on the schedule and give out our best bets for the night!