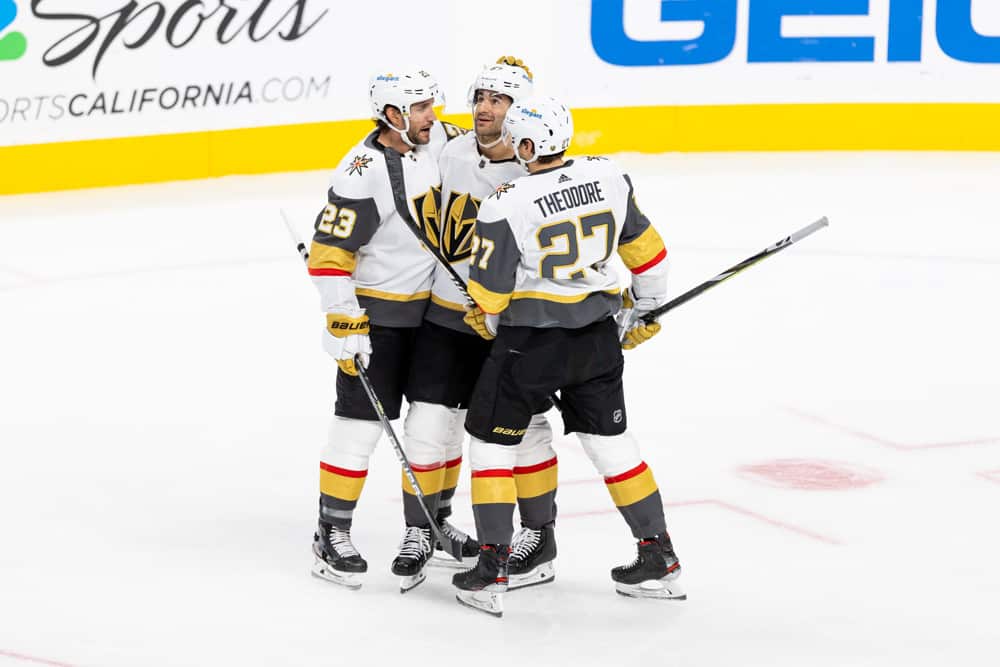 We have a Sunday full of hockey on tap and to go along with that we have a few locks among our NHL picks for you.

Make sure to bookmark our daily NHL Picks page to get the best bets for every game!

Four of the six games feature a favorite of -200 or longer and we’re locking in three of them today. Sometimes it doesn’t make sense to lay the juice, but I’m here to tell you why these favorites are stone-cold locks.

If you’re not signed up already with our great PointsBet promos, what are you waiting for?

The Rangers and Devils finish off a four-game set on Sunday afternoon. It’s also the last game of the eight games between the two teams this season.

The Rangers absolutely have the Devils’ number. New Jersey won the first two meetings (4-3 on January 19th and 5-2 on February 16th), but those are over two months ago at this point. Since then, the Rangers have won five straight meetings – and they haven’t been close.

Sunday’s game shouldn’t be any different. The Rangers are on the up-and-up with a healthy forward group and the Devils are just playing out their season after selling at the deadline.

If you need more convincing, the Devils are 1-7-0 in their last eight games and 1-7-2 in their last 10 games. That one win was against the only team worse than them in the East: the Sabres.

Laying -200 may be too much for you, which is fine, so consider the puck line -1.5 (+125). The Rangers have won the last five meetings by 3+ goals. Alternatively, you could bet on the Rangers to win in regulation as well.

We have another afternoon matchup here between the Penguins and Sabres. It’s the second of a back-to-back set in Buffalo.

Betting against the Sabres has become a tried-and-true tradition this season. They’re at the bottom of the league and in. tough division. We’ll continue that tradition today with the Penguins.

Pittsburgh is laying a lot of juice, so the puck line could be a good option as well. Here’s why you should feel comfortable laying the juice.

The Penguins have won all five games against the Sabres this season with Saturday’s 3-2 win being the only one-goal game. They previously beat them 5-2, 3-0, 5-2 again, and 4-0 earlier this season.

In a game like this, the team with the better goaltending duo has a huge advantage as well.

Bet on the better team that could be facing an ECHL goalie. Moneyline, puck line, to win in regulation; bet it all.

We’re closing out our locks with a favorite of mine, the Vegas Golden Knights.

The Golden Knights absolutely dominated the Ducks on Friday night. They won 4-0 and outshot Anaheim 51-16. That’s seriously impressive, and it wasn’t a fluke. Vegas is 6-1-0 in their last seven games, outscoring opponents 29-12 and outshooting them 274-173.

On the other hand, the Ducks are struggling to stay competitive. They are 3-5-1 (all three wins against the Sharks) in their last nine games, getting outscored 24-20 (22-7 in losses) and outshot 342-215. John Gibson is their only hope to stealing a win, but I can’t see them getting any offensive pressure against the Knights.

Vegas is 5-1-0 this season against the Ducks, outscoring them 19-10 in those six contests. The lone Ducks win was a 1-0 victory all the way back on February 11th.

As always, moneyline is the safest bet, but the puck line is solid as well. Vegas’ last three wins (and six of seven) have been by at least two goals. The lone outlier was a 1-0 win against the Coyotes.