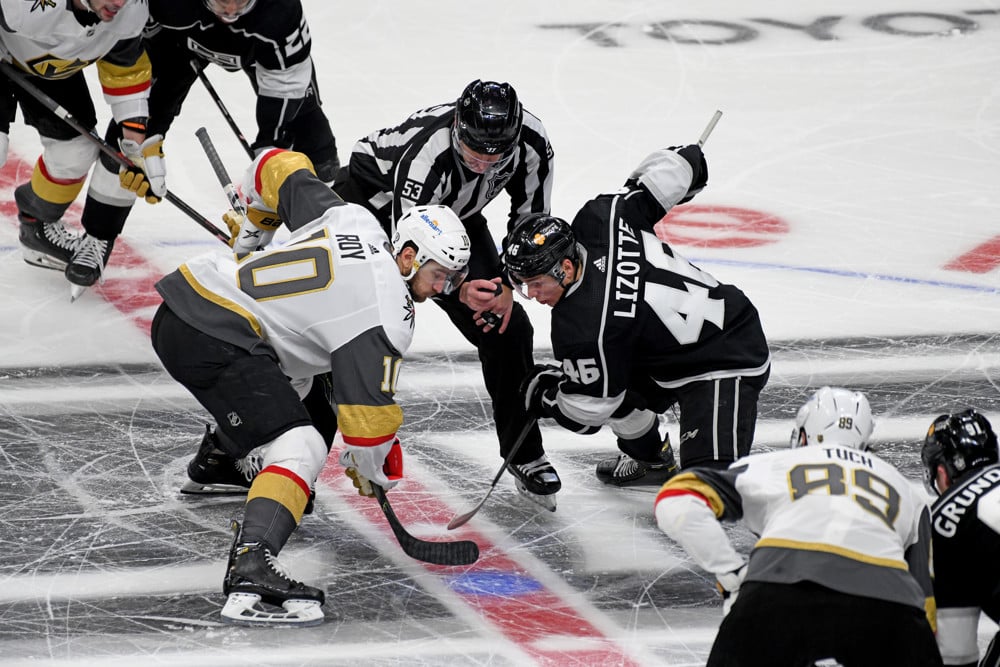 The trade deadline is behind us and the NHL season is entering its final stretch. Teams have picked up their pieces for the stretch run as they make the push for the playoffs.

Make sure to bookmark our daily NHL Picks page to get the best bets for every game!

There are six games on Wednesday’s slate, including an early afternoon game. We’ll be honing in on three locks for Wednesday here.

If you want clarification on a pick, to run something by me, or just want to talk some hockey, hit me up on Twitter (@RGilbertSOP).

As always, odds are provided by PointsBet. If you’re not signed up already with our great promos, what are you waiting for?

We have a weird Wednesday afternoon game to kick the slate off. The Minnesota Wild host the Arizona Coyotes.

The Wild have dominated the Coyotes this season with a 4-1-0 record while outscoring them 18-7 in those five games. More importantly, the Wild have won all three meetings in Minnesota. They beat the Coyotes in three straight games from March 12th to 16th: 4-0, 4-1, and 3-0.

The Wild have struggled recently, but if there’s anyone to bounce back against it’s the Coyotes.

Arizona has lost four straight games by a combined score of 16-9. This is the final game of a nine-game road trip for the Coyotes. They beat the Ducks (twice) and the Kings for a 3-5-0 record on the trip. They’ve fallen out of the playoff picture and the Wild will take advantage.

Lock in the Wild on the money line and consider the puck line and to win in regulation as well.

The first NBCSN game of the night is between the Avalanche and Blues.

Against the Blues, the Avs are 3-1-0 with a 14-7 goal advantage. The Blues won the first meeting but the Avalanche won 8-0 the next game. They’ve played twice since then, both in April. The Avalanche outshot the Blues 73-55 but only won each game by one goal.

The Blues are playing their fourth game in six nights. They’ve lost the last six in this situation.

The Avalanche, on the other hand, haven’t been phased by fatigue. They’ve won four straight in the third game of a 3-in-4 situation.

Take advantage of the Avs not being huge favorites and get in at -185.

The NBCSN late game is between the Golden Knights and Kings.

You can never count the Golden Knights out of a game and they showed why on Monday night. They fell behind 2-0 midway through the second period but won the game 4-2. They scored twice in the second period –– including a shorthanded goal in the final minute –– to tie it, and added two more in the third period for a comfortable win.

Vegas is 5-2-0 against the Kings this season. They need to keep winning if they want to catch the Avalanche for first place in the West Division. That’s going to be an important race, too. The third seed in the West has 51 points while the fourth has 44.

The Golden Knights have won three straight and four of five. The Kings have lost five of seven and eight of 11. Vegas is rolling and needs to continue to do so. They’ll get the win tonight.