UCLA’s Road To The Final Four, Chances Of Winning It All, Predictions 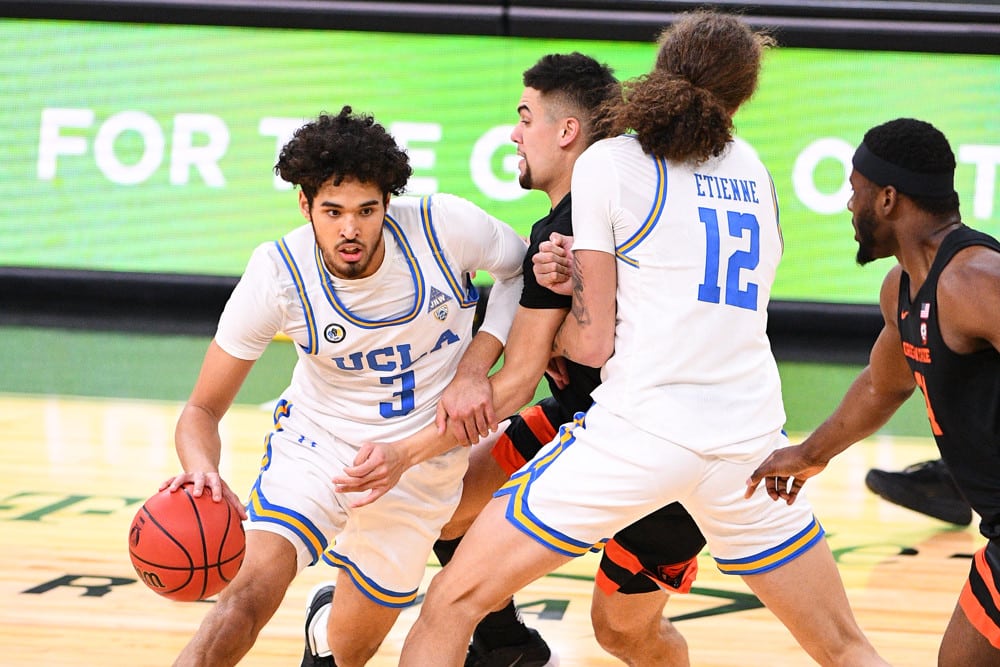 UCLA’s Road to the Final Four

After a somewhat disappointing season for the Bruins where they entered the season ranked 22nd in the country and finished unranked. However, after losing their last three regular-season games and the first game in their conference tournament, UCLA found themselves on the bubble and playing into the round of 64.

But after 20-point games by Johnny Juzang and Jaime Jaquez Jr., the Bruins survived Michigan St in overtime. UCLA hit 50% of their threes that game. Juzang kept it up hitting 63% of his shots as he scored another 27 points against BYU in the first round. UCLA also began to showcase their defense as they held the Cougars to under 20% from three.

UCLA’s defense was like no other when they held Abilene Christian to under 50 points in their second-round matchup propelling them into the Sweet 16. They also held the Wildcats to under 30% from the field. Junior forward Cody Riley took the pressure off of the guards as he had a double-double with 12 points and 12 boards.

Here is where the Bruins really made a statement. They dominated Alabama in overtime as all of the starters scored in double figures. Then once again, UCLA showcased their defense in their Elite Eight matchup against Michigan. They held the Wolverines to under 50 points and 27% from three. Juzang had another 25+ points, but it came with a cost as he aggravated an ankle injury.

How can they win in the Final Four?

Well, if the Bruins want to try it is going to have to rely on their defense. Gonzaga sports one of the top and most efficient offenses in the nation. UCLA has always scored well and to beat the number one team in the nation they are going to need contributions from everyone. If Juzang is going to be limited, Jacquez is going to need to front most of the scoring load to keep up with the Zags offense.

Cody Riley is going to have to stop the sophomore big man Drew Timme. Timme has a big role in this Zags scoring offense and the more pieces UCLA can take away with that stingy defense the better. Riley has come up big for UCLA before. He has the potential to challenge the bigs down low and force them into foul trouble early.

Then the matchup with the guards and closing out on the Zags’ shooters early and often. If UCLA can force them into turnovers and keep the game at their pace and can effectively slow down Gonzaga.

I do not think that happens. I think the Zags offense is way too much for UCLA. Timme should have his way with Riley down low and create openings for Jalen Suggs. Ultimately the I think the Zags have too many weapons and cover the 14 points.