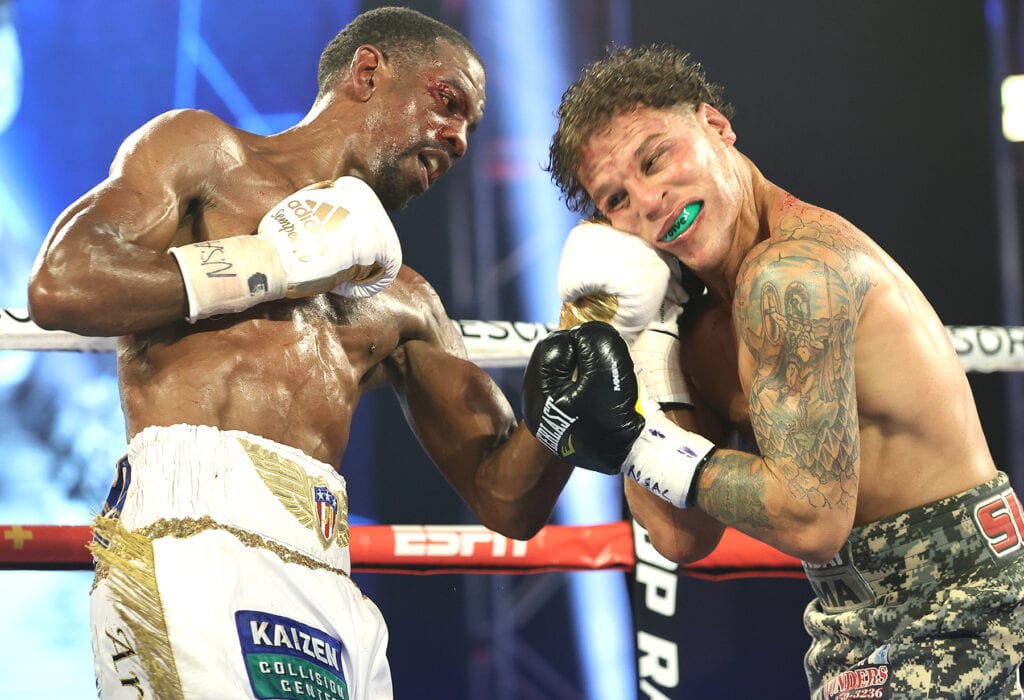 It’s the latest edition of the show, as the biggest bout of the weekend involves an American World Champ against a former Irish World Champ and in the Middle East.

Herring (above) is 22-2 and goes for this third title defense against the veteran, former two-division Jr. Featherweight and Featherweight world champ, Frampton.

The guys have more on why this fight has been so delayed and give their analysis on what might happen in the Saudi desert? Does Frampton, 28-2, make Ireland history, as its first-ever three-division World champ. Or, does Herring get the biggest win in the highest-profile fight of his career?

Herring is the slight favorite in this at -150 on most wagering boards.

Will the winner also be interested in unbeaten, former American Olympic star and former WBO Featherweight champ, Shakur Stevenson, for another large payday later this year?

Finally, T.J., Marquis, and Abe also go over the news of the week and other bouts of interest coming Saturday, including another smaller weight world title bout in Uzbekistan, featuring Unified World titleholder at 122 lb., unbeaten Murodjon Akhmadaliev, in action.

Hear it all on “The Big Fight Weekend” podcast and make sure to Subscribe/Review us on Apple Podcasts, Spotify, etc.!!