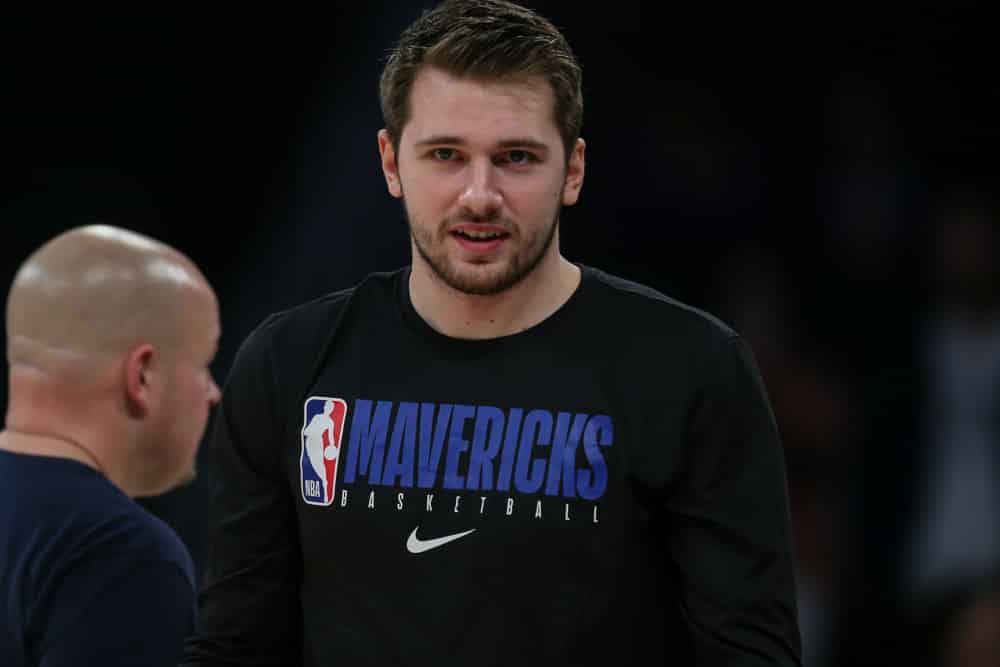 Don’t let all the Thursday trade action distract you! We’re still rolling into the NBA DFS season! Another Friday is among us, and with it comes a nice 11 game slate. Feel free to tag along with my GPP lineup, and best of luck to everyone! Let’s cash us something big!

With a lot of the chalky players at the PG position out on Friday, we can afford to take the most expensive option on the board in Luka Doncic. This is one player whose numbers speak for themselves. Luka is currently averaging 56.6 FPPG, and he can be a trusty source of points.

Doncic is fresh off a bad game for his standards, and arguably his worst game of the season. His Mavs take on Indiana, and I expect him to bounce back in a big way. Luka has topped the 60 fantasy points mark in four of his last eight, and I have a hunch that he will top this mark once again on Friday.

This is a somewhat risky play, but I’m going to take Joe Harris here. He only played five minutes last game, but there’s a good possibility that Brooklyn was trying to trade him, which was unsuccessful. However, if he plays his normal amount of time, then this will be a solid play.

Kyrie Irving and Kevin Durant remain out, and there’s a chance James Harden sits on Friday as well. Even with Harden playing, I like Harris to pick up some of the slack. He currently ranks third in the league in three point shooting (48.5%). He’s typically good for 25ish fantasy points, and I’m fine with getting just that from him here and I like the upside potential as well.

Often an overlooked option, I’ll take a shot at Derrick Jones Jr. as a cheap source of points. He’s only averaging 18.6 FPPG, but there’s some possibility of upside here. The playing time is there, and he’s also temporarily entered the starting lineup after the trade of Gary Trent Jr. and Rodney Hood.

I expect that Norman Powell will not be ready for his team debut just yet, and this means that Jones Jr. will draw another start. His Portland squad takes on Orlando, who will be extremely shorthanded after an active day of trading. If Jones Jr. can get us 20+ fantasy points here, then I’m satisfied with what I’m getting.

This is an interesting take, but I’ll take the veteran Blake Griffin here. He’s only played 15 and 19 minutes respectively since debuting for Brooklyn. However, I believe that the Nets were more or less trying to work him back into game shape.

With Brooklyn being short staffed, there should be some work to go around. The Nets also face off against Detroit, which leaves somewhat of a revenge angle for Blake. There may be better options available, but I’ll take a stab here at a low ownership player who may provide a big boost in points.

This is going to be the second anchor of my lineup. I’ve been riding him since the AD injury, and I’ll continue to ride Montrezl Harrell here. Since taking over the starting role, he’s been as promised and he’s churning out double-doubles on the regular.

Although his Lakers take on the Cavs, which isn’t the best matchup on paper for Harrell, I’m not concerned. He’s proven to me time and time again that he can be productive no matter who he is facing. Harrell regularly flirts with the 40 fantasy point mark, and I believe he will top this mark on Friday.

I’m not letting Bogdan Bogdanovic‘s season-long struggles scare me away here. He’s slowly but surely showing signs of finding his old form, which made him one of the premier free agents this past offseason. In fact, he’s topped the 30 fantasy points mark twice in his last four games.

If Bogdan can continue to find buckets, then this will be the value play of the night. For only $4,600, I’ll take a stab at a player who should have lower ownership. There’s also the high possibility that he can top that 30 fantasy points mark again. I’ll ride the hot hand until it fades, and I believe there’s a mispricing here.

We are presented with a unique opportunity here Friday. With Orlando making numerous trades on Thursday, they will be shorthanded. The Magic will provide us with key opportunities to get good NBA DFS production from cheaper players, with Khem Birch being one of those.

The Magic will enter Friday’s contest with only Mo Bamba and Birch active at the center position after trading Nikola Vucevic. We can expect that Birch will see an increase in playing time. Although I don’t expect him to play much more than 25 minutes, I believe he can be productive enough with his time to make this play count.

Playing Robert Williams on Friday seems like a no-brainer. He’s already shown us just how productive he can be, as he’s topped the 25 fantasy points mark in eight of his last ten. Now the sky is the limit with Daniel Theis traded and Tristan Thompson still out for Boston.

One thing about Williams I like is that he can still hold fantasy value on nights when he isn’t scoring due to his rebounding and defensive abilities. His Celtics take on Milwaukee on Friday, which isn’t a terrible matchup for Williams. I look for big things from Williams Friday night and I like the price tag he brings as well. 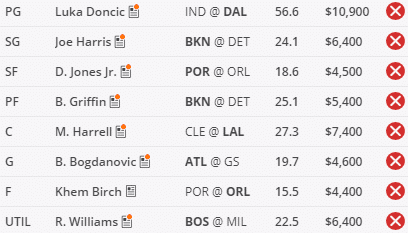