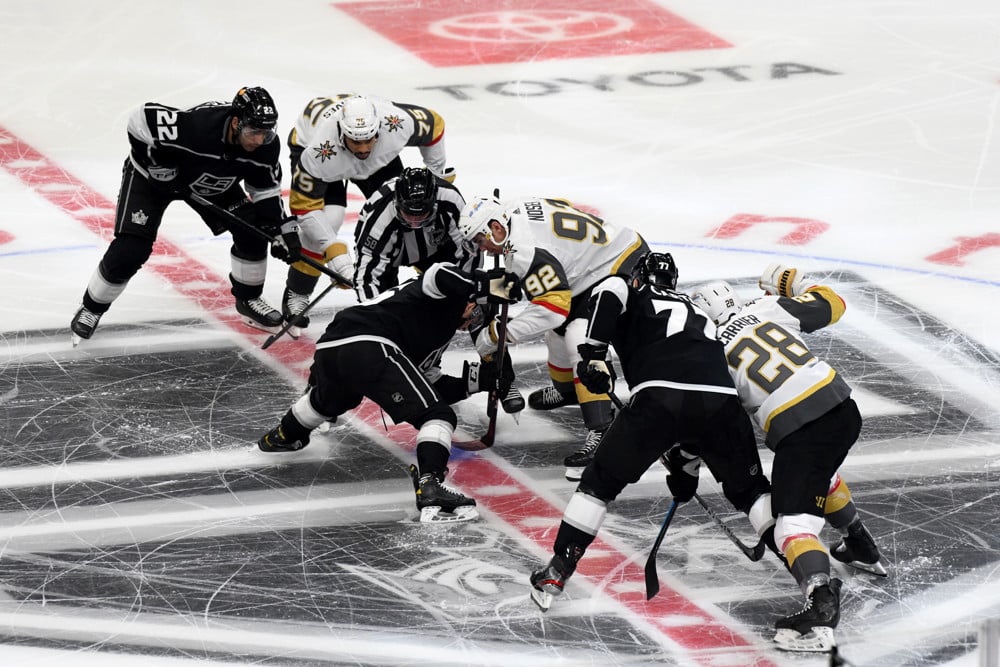 It’s that time again, hockey fans! This Sunday provides a smaller slate of games, but there is no shortage of money-making opportunities. I’ve been providing my Daily NHL Picks for every game here – bookmark that page so you don’t miss out –, but I wanted to dive into the best bets and give some analysis behind my picks on certain days.

Today is one of those days. There are four games on the schedule with staggering start times. You can bet using these NHL picks all day, or just pick and choose your games.

As always, you can get in the game with a few different online sports betting options depending on your location.

After two games in Newark, the Devils and Penguins finish off a three-game set with the finale in Pittsburgh.

The Devils won 3-2 on Thursday, with the Penguins winning 3-1 on Saturday. This is the rubber game.

The Penguins aren’t going to lose two of three to the Devils. They’re just not. Both teams should have their starting goalies fresh and the Penguins’ talent should win out in the second half of a back-to-back.

The Penguins are the better team, have the better record, and are heavy favorites in this one for a reason.

I would also recommend taking Pittsburgh -1.5 (+120) and possibly Pittsburgh to win in regulation, depending on what line you can get. On heavy favorites, I typically bet a few units on the money line, and a unit or half-unit on the puck line and regulation.

The Panthers travel to Tampa for an intrastate clash. Both teams are coming off of wins on Saturday.

This should be a really good game. Both of these teams are at the top of the Central Division with the Panthers having a chance to tie Tampa for first place with a win.

However, the Lightning are the better team and should be able to hold off the Panthers for now.

On the other hand, the Panthers’ record is a bit inflated. They are just 5-16 in their last 21 games against a team with a winning record.

I went back-and-forth on this and there is a chance that the Panthers surprise the Lightning, so I’m not making this a best bet, but Tampa should have the edge.

The Golden Knights and Kings finish off a two-game set on Sunday. Vegas was victorious on Friday night by a final score of 4-2 while outshooting Los Angeles 33-25.

The Golden Knights are one of my favorite teams to bet on. Even if they go down early, they are never out of a game. They have firepower up-and-down the lineup and can strike quickly.

Vegas is on a five-game winning streak and I don’t think the Kings will put an end to it. The Kings have lost three of four, four of six, and eight of their last 11 games.

Vegas has won all three meetings this year by a combined score of 13-7. Two of those wins were by at least two goals.

Bet on the Golden Knights money line, and also sprinkle some on the puck line and to win in regulation.

The Predators travel to Dallas after a loss in Florida on Saturday afternoon. The Stars, on the other hand, are coming off a home win against the Red Wings on Saturday.

We’re ending the day with a dog. The Predators and Stars are both untrustworthy teams and I don’t see how the Stars should ever be -180 favorites right now.

The Stars won on Saturday, but they haven’t won back-to-back games since winning four straight from Jan. 22-28 to start the season. That’s six wins that they have lost after.

Dallas is also just 25-54 in their last 79 in the third game of a 3-in-4 situation. They’ve struggled against bad teams as well, going 3-8 in their last 11 against a team with a losing record.

The Predators aren’t a good hockey team but they can scrape out wins. They are 5-1 in their last six games against a team with a losing record and 5-2 in their last seven in the third game of a 3-in-4 situation.

The Stars are the better hockey team and could very well take it to the Predators, but +155 is too good of a line to pass up.

Good luck and happy betting! As always, you can reach out to me on Twitter (@RGilbertSOP) for any questions or if you just want to talk some hockey!