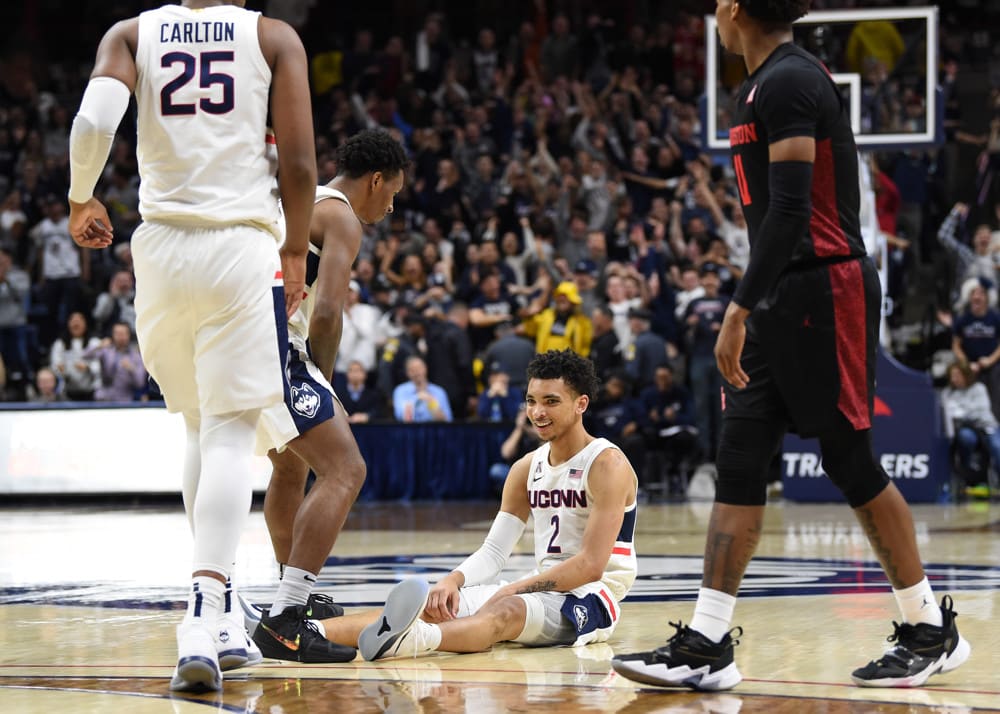 Big East basketball is BACK! One of the most entertaining conferences to watch has not disappointed college basketball fans this season. The Big East Conference Tournament has been dominated by one team in recent history. However, there are a lot of others in play for the title in this COVID-plagued season.

Does coach Greg McDermott have the locker room? It is a valid question as the Bluejays as prepare for postseason basketball. McDermott was reinstated as head men’s basketball coach after being suspended for racially insensitive language used towards his team. While McDermott’s status with his players may be questionable, their talent is no question.

Creighton boasts the second-best offense in the Big East at 73.8 points per game. When they get rolling, there may not be a defense in the entire conference that can stop them. Junior Marcus Zegarowski leads the Bluejays in scoring and assists with 15.4 points per game and 4.4 assists per game.

Along with Zegarowski, Creighton boasts an entire starting lineup of upperclassmen who all average double digit scoring on the season. Mitch Ballock is a senior guard that leads the team in three-point percentage, shooting at 41.7% from three, sixth-best in the Big East.

With a middle of the pack defense, Creighton lives or dies on its shooting. If the Bluejays can stay hot they have a good chance to take home the title. PointsBet has them as the favorites at +200 odds to win the tournament.

As WWE Hall of Famer and 16-time World Champion Ric Flair once said, “to be the man … you have to beat the man.” And right now, Villanova is still the man in the Big East. However, the three-time reigning champions have an uphill battle to climb without their second leading scorer and arguably best player, senior guard Collin Gillespie.

Gillespie tore his MCL last week and is now out for the rest of the season. He leaves behind the top offense in the Big East at 75.7 points per game.

UConn has had two different seasons: one with James Bouknight and one without. Without Bouknight, the Huskies are averaging 67.9 points per game. With him, that number skyrockets to 75.2 points per game which would be second in the Big East. He is their certified “bucket-getter” where when UConn needs a bucket—he is the guy they look towards.

And on the other side of the ball UConn is elite. They are the top defense in the conference in terms of defensive points per game. They are second in terms of opponents’ field goal and three-point percentage.
A healthy UConn team is possibly one of the most talented overall teams in the conference. The Huskies saw their odds to win the Big East raise them to co-favorites with Creighton at +200 odds on PointsBet after Gillespie injury.

Providence offers a lot of value in the Big East tournament at +2500 odds via PointsBet. The Friars are the only team not named Villanova that is top five in the conference in offense and defense.

They are led junior guard David Duke and senior center Nate Watson, who are the Friars’ leading scorers. They are a good rebounding team that attacks the glass and can push the ball up the floor. Their problem is inconsistency and if they can put it together for the duration of the tournament. Providence has shown the ability to compete against the best in the Big East after taking down Villanova in the final game of the season.