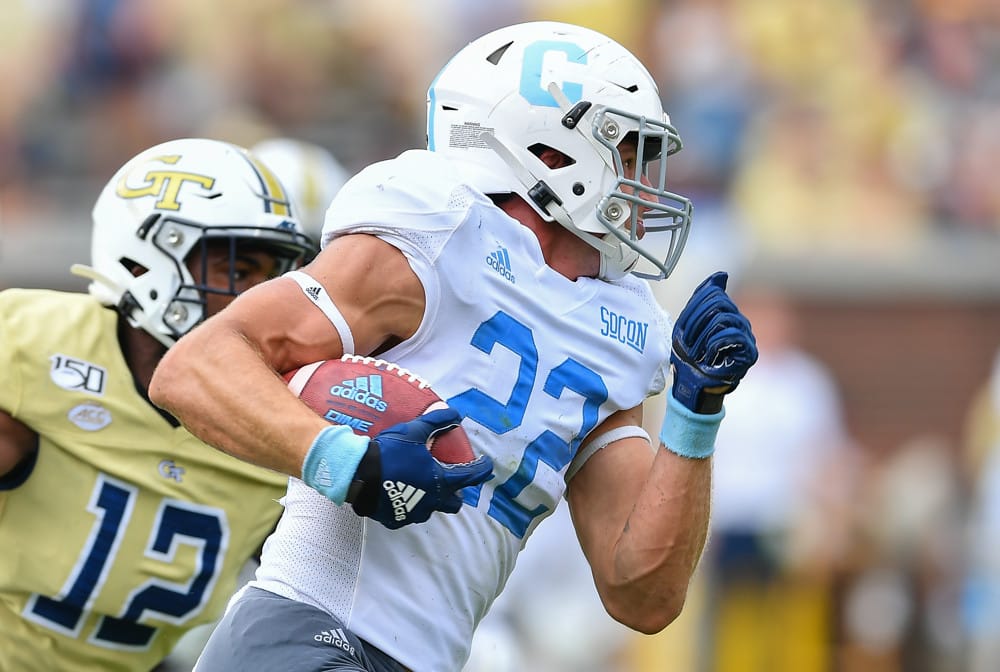 Everyone should be dialed in and ready for another exciting week of NCAA Football Championship Series action. Some teams will be making their Spring debut after having their games canceled last week. Others will come into the weekend ready to get back at it. Regardless, there will be 30 games on the slate which is more than enough to satisfy your betting itch. As always, this article’s FCS football picks should give you a decent start in casting your bets for this jam-packed weekend.

Here are breakdowns for five games that cover the Friday night game as well as a select few from the Saturday games. Finding favorable lines will not be that difficult this week as it was last week. With that said, there are actually a couple that look too good to be true. At least one is identified here for you in our FCS picks. Good luck and happy betting!

Given this is the first game of this spring season for both teams, the pick here is based purely on history. Southern has owned this series of late winning the last four meetings between the two teams. In fact, the last two were decided by more than the seven-point spread. The last of which in 2016, ended in a 64-6 dismantling.

The Jaguars enter the season as defending back-to-back SWAC Western Division champions. They will return 47 fourth and fifth-year players to their opening day roster. Southern will also bring back starting quarterback Ladarius Skelton. On top of throwing for over 1,600 yards, he was also the team’s leading rusher with 870 yards on the ground.

Alabama State will be fielding a much younger and inexperienced squad as their season begins. Several redshirt freshmen will be called into battle who have yet to see game action on a collegiate level. They will be put to the test early at home. Despite being the road team, Southern should handle the Hornets again to begin their Spring campaign.

Who: Northern Iowa Panthers vs. Youngstown State Penguins
When: Saturday, February 27, 9 AM Pacific

Both of these squads tasted defeat in their first game of the year. The Panthers dropped a close one to South Dakota State. For the Penguins, they fell 25-7 to North Dakota State. While it may seem as if those opening offerings should steer you towards Northern Iowa, a past pattern between these two teams tells a different story.

In their last six meetings going back to 2012, the home team has walked away with the win. This tips the scales towards the Penguins who will host the Panthers this weekend. Two of the last three have been by more than the six points being offered. Neither team had stellar showings on offense, so it won’t take much to improve after another full week of practice. If that improvement manifests for the Penguins, this NCAA Football Championship Series bet should hit nicely.

Who: Western Carolina Catamounts vs. Samford Bulldogs
When: Saturday, February 27, 10 AM Pacific

It was not the opening to the Spring season the Bulldogs were expecting. Last week, Samford lost a tough one to Eastern Tennessee State. Leading after three quarters, Samford surrendered 10 fourth-quarter points to the Buccaneers to lose 24-17. This week, they will look to exact their revenge on Western Carolina. The Catamounts are limping into this unusual season with three fall losses to add to their week one loss to Furman to their credit. What’s more, none of these games were close. Over the four-game losing streak, they have been beaten by an average of 36 points.

TOUCHDOWN!!! QB Ryan Glover dashes into the endzone after the Jacob Harris INT!

The nod here goes to the team with a close win against a quality team. Something else the Bulldogs have in their favor is the program’s two-game winning streak against the Catamounts. This is also good for the spread as in those last two meetings, Samford averaged a 28 point winning margin. Western Carolina quarterback Ryan Glover will have his hands full after his dismal 42-yard outing last week. Not expecting much of a bounce-back against a Samford defense that only allowed 186 passing yards last week. The Bulldogs will hold court at home for the first time in 2021.

Moving along to a later game, we have a huge underdog among our next FCS football picks.

The line here is absolutely clouded by recency bias. While they may have burst onto the FCS scene with a bang, they are still the new kids on the block. It’s true though, that they will be facing another Division 1-AA newbie in the Trailblazers. Dixie State will take the field Saturday for their first WAC action against the Texans. And yes, if you look at the last two games for Tarleton, you will immediately notice the over large point totals in both.

But on the flip side, Dixie State is no stranger to a high double digit showing themselves. The Trailblazers managed to post five games with more than 35 points in their 2019 season. Three times, they eclipsed the 50-point mark. So for this to be such a massive spread speaks to the oddsmakers putting zero stock in a team that went 8-3 overall last season. This still feels like an easy Tarleton victory, but not as big as this spread anticipates it will be. Ride this one to a tidy NCAA Football Championship Series profit.

Who: Mercer Bear vs. The Citadel Bulldogs
When: Saturday, February 27, 12:30 PM Pacific

The Pick: The Citadel -4

While both teams enter the spring session with three losses in the fall, it’s The Citadel that owns the series history between the two programs. The Bears have only walked away victorious once in six attempts against the Bulldogs. A fun measuring stick here outside of the head-to-head is their recent performance against a common enemy. Both teams played and lost to Army back in October. Of the two, it was The Citadel who put up a more formidable defense in the loss. The Bulldogs played the Black Knights to a 14-9 ballgame. On the other hand, the Bears managed only a single field goal in the 49-3 undressing.

Mercer has already played a game in the Spring season. They were handed a 31-14 loss at the hands of Wofford. The Citadel will grind this game with their triple-option offense leaving little time for a limp Mercer offense to gain any traction. Even if you can only find a book offering The Citadel -5, you can take it. In 2018, the Bulldogs won this game by seven points. In 2019, they won by 11 points. They should easily take this line to the bank.