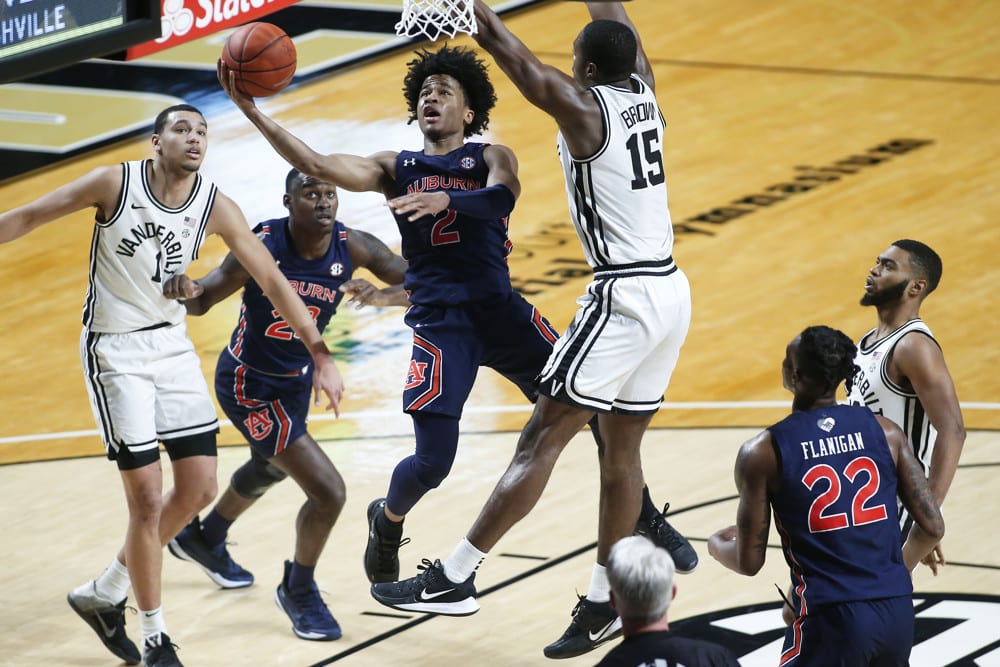 Welcome back Fantasy College Basketball fans. That’s right, it’s only Tuesday. With the season heating up as we head into March, we’ll come to you twice a week with DraftKings NCAAB DFS columns.

Here are the plus and minus matchups for Tuesday, Wednesday, and Thursday, plus some targets for the Tuesday DraftKings slate. Reach out to me on Twitter for thoughts on the other midweek slates as they become available on DraftKings.

LSU at Georgia: I’ve been fading the LSU defense all year and it’s paid dividends. On Tuesday, the Tigers face off against the Georgia Bulldogs, another bad SEC defense. Blink here and you might miss a bevy of points.

West Virginia at TCU: This isn’t the West Virginia teams that we are used to. The 20-21 Mountaineers are more proficient on the offensive end of the court and TCU won’t provide much resistance.

Kansas at Texas: The Jayhawks are in the midst of a five-game win streak where they have straight-up shut opponents down.  In fact, no opposing team has scored over 66 points during this stretch.  Meanwhile, Texas may not be playing the level of defense they were in December or January, but 31st in the country is nothing to sneeze at.  Additionally, both teams have a penchant for going cold from the perimeter.

Ole Miss at Missouri: The first matchup between these teams was less than two weeks ago and Ole Miss won 80-59 in one of Mizzou’s worst outings all season.  Now with the increased familiarity, I expect this matchup to be closer and tighter.

Behind Cade Cunningham, Auburn’s Sharife Cooper may be the next best freshman in the country. Cooper leads the Tigers in points, assists, and steals.  He’s been on a tear of late, registering over 30 fantasy points in five straight games.  I’d be shocked if he doesn’t make it six straight on Tuesday.

You’re going to want pieces of this LSU Tiger team on Tuesday and Cam Thomas is a nice place to start.  Averaging over 30 fantasy points a game on the season, expect another huge outing vs a bad UGA defense.  In the first matchup between these teams this year, Thomas lit up the Bulldogs scoring 26 points.

Sherman may only be averaging 19 minutes a game on the season, but the 6’4” senior has logged over 30 in two of the last three games.  In those games, he put up 33 and 21 fantasy points.  It appears to be a simple equation:  give the man minutes and he’ll produce. I like the high upside for such a low price. 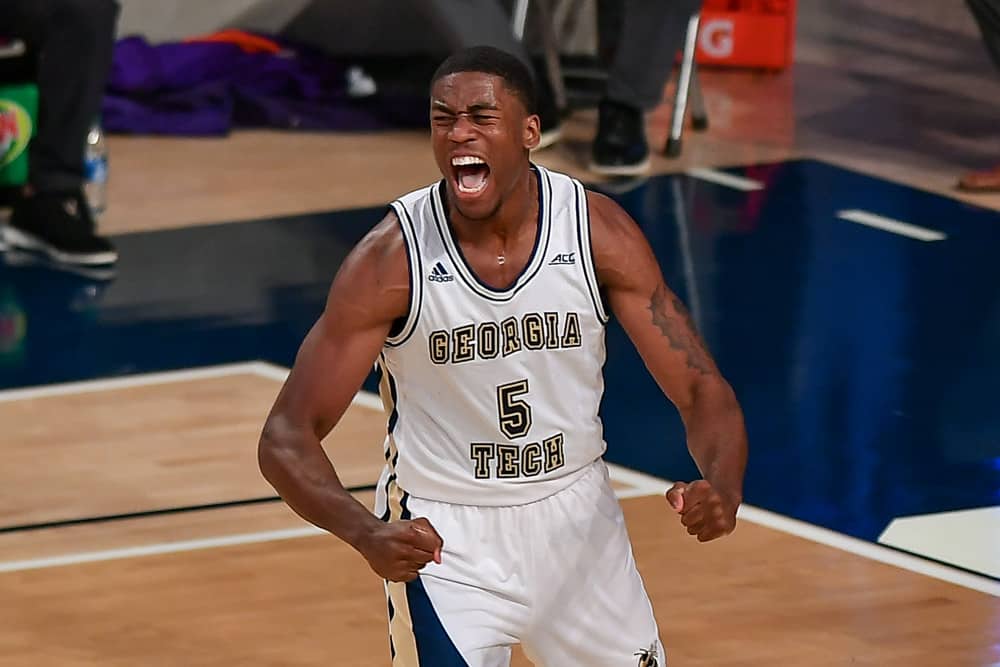 The Yellow Jacket big man has been a revelation in his senior season down in the ATL and I’m not sure if Virginia Tech has an answer.  Wright has had some monster games this year:  57 fantasy points vs Louisville, 49.5 vs FSU, and 47.5 vs Duke, to name a few.  It sure seems like Wright saves his best games for top-tier opponents.

Camara is a nice, mid-tier priced big man going up against this awful LSU defense.  The discounted price is due to the Brussels-born sophomore having an off-game against Florida where he fought foul trouble before eventually fouling out.  Camara was priced higher than $7K the previous three games so we’re snatching him at a discount.  Expect a bounce back and remember, this Dawg put up 40 fantasy points the first time these teams played this year.

Gabe Brown came down with COVID in late January and missed the next few weeks of basketball.  Easing back into game shape, the junior from Ypsilanti finally logged significant minutes in this weekend’s big win over Indiana.  In the process, Brown put up 22 fantasy points.  Perhaps it isn’t a coincidence that Sparty played one of their best games all season and Brown was on the floor for most of it.  Expect the minutes and production to continue.

Marquette at North Carolina: The Tar Heels just exploded for 99 points against Louisville.  Another home game against a bad defense looks appealing.  Plus, the fast pace UNC plays at will open up fantasy scoring opportunities for Golden Eagle players, as well.

Alabama at Arkansas: Pace, pace, and more pace.  While both teams have solid defenses, the tempo of this game could be insane.  Bama dropped 90 on Arkansas back in January.  With this game in Fayetteville, expect the Razorbacks to come closer to matching the Crimson Tide output.

NC State at Virginia:  With the Cavs now losers of two straight, expect them to come into this game with a renewed focus on the little things – like shutting down their opponent.  I’d steer clear of Wolfpack players here.

Indiana at Rutgers:  This matchup is looking like a Big Ten slugfest.  There are surely better situations for you to throw your hard-earned DraftKings money at.

Iowa at Michigan: How do two top-ten offenses in the country sound?  Must-watch TV here and I’d advise on rostering some Wolverines and Hawkeyes as well.

Northwestern at Minnesota:  It was a struggle finding a second positive matchup that stood out for Thursday’s games.  However, if Minnesota played all of its games at home, they’d be a top 10 team in the country (13-2 at home, 0-8 on the road).  It makes sense to roster a Golden Gopher or two.

Washington @ Arizona State:  Not sure what to make of this game other than it’s two bad teams.  The Sun Devils have some intriguing options but I’m mostly going to skip over this game.

UCLA @ Utah:  Here’s another Pac-12 matchup that has rock-fight written all over it.  Be wary of the snail-like pace this game will surely end up at.