Sometimes you can get so excited and have your joy ripped out from under you at the last second. On Sunday, Bills fans and fantasy managers alike had their joy ripped from them by a desperation heave from Kyler Murray and a miracle catch from Deandre Hopkins. Then there are people like the guy in one of my leagues who won because the Cardinals did not trust their special teams unit to hit a PAT. No matter where you stand after that crazy game, the waiver wire march continues on. The wire is getting scant as we head into the Week 11 waiver wire process, but here are some early targets for you.

Earlier this season Michael Pittman Jr. was being hyped as part of this amazingly talented crop of rookie receivers. Pittman started hot by playing 92% of the Colts’ offensive snaps in Week 2 before getting hurt in Week 3. Since coming back from injury, Pittman has been targeted at least seven times the past two weeks and put up 132 total yards on Thursday night. The rookie receiver appears to have the trust of Philip Rivers and is a go-to option in Indy. Scoop him up as a solid flex option for the rest of the season.

Told y’all last week to go pick up Wayne Gallman. Reddit had a field day and took a giant steaming dump all over that call. Gallman responded to the haters by punching in two touchdowns and finishing with 18.5 points this week. Is it going to be a pretty or superstar performance? No. That being said, Gallman looks like the go-to guy when the Giants are in close. Redzone touches matter and a choice matchup next week against the Bengals puts Gallman in the low-end RB2 conversation next week.

The Browns are going to be a run-first offense for the foreseeable future without OBJ on the field. That does not mean that you should completely discount the Cleveland pass-catchers. Rashard Higgins has had some flashy plays in recent weeks and has a prime matchup next week against the woeful Eagles. Higgins has been on the field for 70% or more of the Browns’ offensive snaps the past few weeks and is worthy of boom-bust Flex consideration next week against Philly.

Love us some Gabriel Davis. Rookie catches another TD and the #Bills are up 24-7 #BillsMafia pic.twitter.com/MhC62xFetv

The Bills lost a heartbreaker on Sunday. Even more of a loss for the Bills might be the loss of John Brown to a leg injury. Brown was already banged up and may miss time opening the door for rookie Gabriel Davis. Brown has missed time already this year and when he does, Davis has managed to work his way onto the field for extended periods of time and go off in a few games. He may not be usable in Week 11, but if Brown misses time then Davis will be a boom-bust Flex option with a decent target floor.

The theme of the Week 11 waive wire seems to be injury opportunities for wide receivers. Miami has not been the high-octane offense they were with Ryan Fitzpatrick under center, but Tua has been efficient and creating opportunities for his receivers. With Preston Williams on IR, Jakeem Grant stepped into the WR2 role for Miami across from Devante Parker. Grant has five targets the past two weeks and has a soft schedule coming up with Denver and the Jets on deck. Grant has a solid floor as a Flex-option and may work his way into the WR3 conversation if Tua can keep getting more comfortable in the Dolphins’ offense.

The Dolphins have transformed from a pass-heavy offense into a run-first team without their best running back. They seemed doomed to run Jordan Howard into the line for 1.5 yards each rush, but thankfully they elevated Salvon Ahmed to the active roster and Ahmed came through. The rookie out of Washington carried the ball 21 times on Sunday and was productive. His final tally of 22 touches for 90 yards and a touchdown is a solid performance for an undrafted rookie. It is unclear if Myles Gaskin will be back anytime soon so Ahmed should be rostered in any league with 12+ teams even if Breida returns next week. Ahmed has low-end RB2 upside and a Flex floor until Gaskin returns. 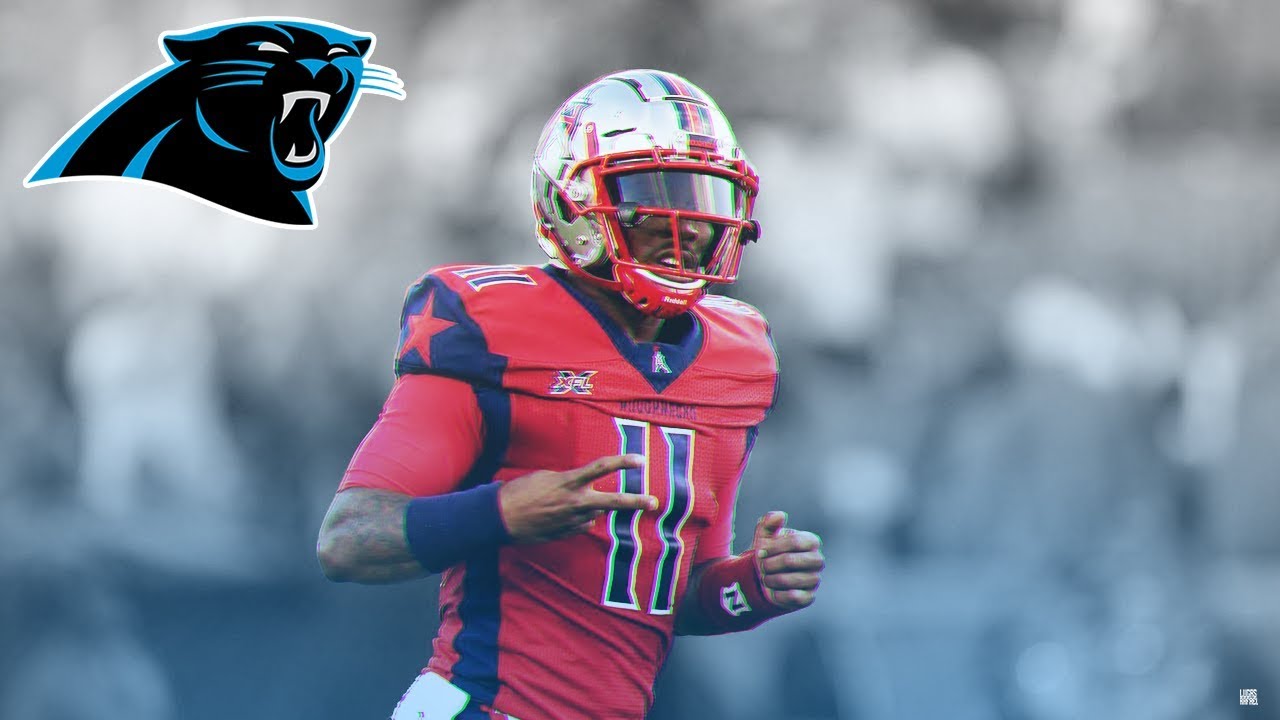 Now we enter the speculative quarterback adds for the Week 11 Waiver Wire. Teddy Bridgewater left Sunday’s game with a knee injury that could open the door for XFL MVP PJ Walker to prove his spring highlight reel was not a fluke. Walker has the mobility and arm to take advantage of a porous Detroit defense. The Lions just allowed Alex Smith to throw for 390 yards through the air and the Carolina receiving corps is far scarier than the Washington group. Walker also adds on a solid floor with his legs. With a week to prepare for the game, Walker is a solid bye week fill-in. He has the potential to go off against a bad Lions’ defense.

Famous Jameis Winston is back in the saddle y’all! After Drew Brees took a big hit Sunday and was sidelined for most of the second half, Jameis came in and did not look terrible. Brees has been efficient and productive all year without being able to really push the ball down the field. If he misses time, Jameis will get the chance to show what he can do. Can he be efficient in the short-range while also having weapons to push the ball deep? This could be the move that unlocks a Saints’ offense that has faced stacked boxes all season. If Brees will miss extended time then Winston is a great fill-in option for as long as Brees is out.