Monday night, we get a chance to watch a hot new gunslinger take on the rugged old pistoleer under the Superdome. Justin Herbert and his Chargers square off against Drew Brees and the Saints. Both sides are missing key members of their offense. Both will be relying on the next man up to step in and produce in their place. Both sides have some great options for Monday Night Showdown Picks.

A few of these names have the potential to rise to the challenge and work well in your lineups. Other names on this list are faced with a favorable matchup and receive the proper amount of attention for Monday Night Showdown Picks. Either way, building lineups with these players in mind should have you on the right side of the cash line. Price is especially important this week as the high ticket guys make it important to find value farther down the rolls.

As always, the players below are not meant to be considered a “core four.” These are simply Monday Night Showdown Picks to consider as you are building your lineups. Play one, play them all, it is entirely up to you. Our job is to help you see the reasoning behind selecting these players and how they can help you win. We wish you luck on your DraftKings Monday Night Showdown Picks.

New Orleans has not quite discovered the secret to covering the tight end position this season. So much so that they have given up a touchdown to an opposing tight end in each of their first four games. Also as important, is the fact the Saints have surrendered 32 receptions to the position. The 330 yards accumulated in the process adds to the point. All in all, this puts Henry square in line for a big Monday Night Showdown Picks.

The Chargers big guy has yet to find the end zone in 2020, but is still an integral part of the offense. He’s been targeted at least seven times in every game so far, with the expectation of last week. He’s managed at least five catches and 50 yards in each of those instances. Los Angeles is looking for a get right game in the worst way. The situation has not been helped by the loss of Austin Ekeler. With their leading pass catching running back lost for some time, targets become more plentiful for Justin Herbert’s surrounding cast. That is of course, if Herbert can look somewhere other than the direction of Keenan Allen.

Last week Allen ate up 11 of a possible 25 total targets. The rest were divided between eight other pass catchers including Henry. We hope that Chargers offensive coordinator Shane Steichen has watched enough film to convince himself to exploit Henry’s matchup. He’ll likely draw his fair share of Malcom Jenkins, who has a less than stellar track record guarding tight ends. Yes, Donald Parham caught the touchdown last week. But, in Henry’s defense, the Tampa defense was doing well to limit his production. That should not be an issue Monday night and Henry is due for a monster for that reason. 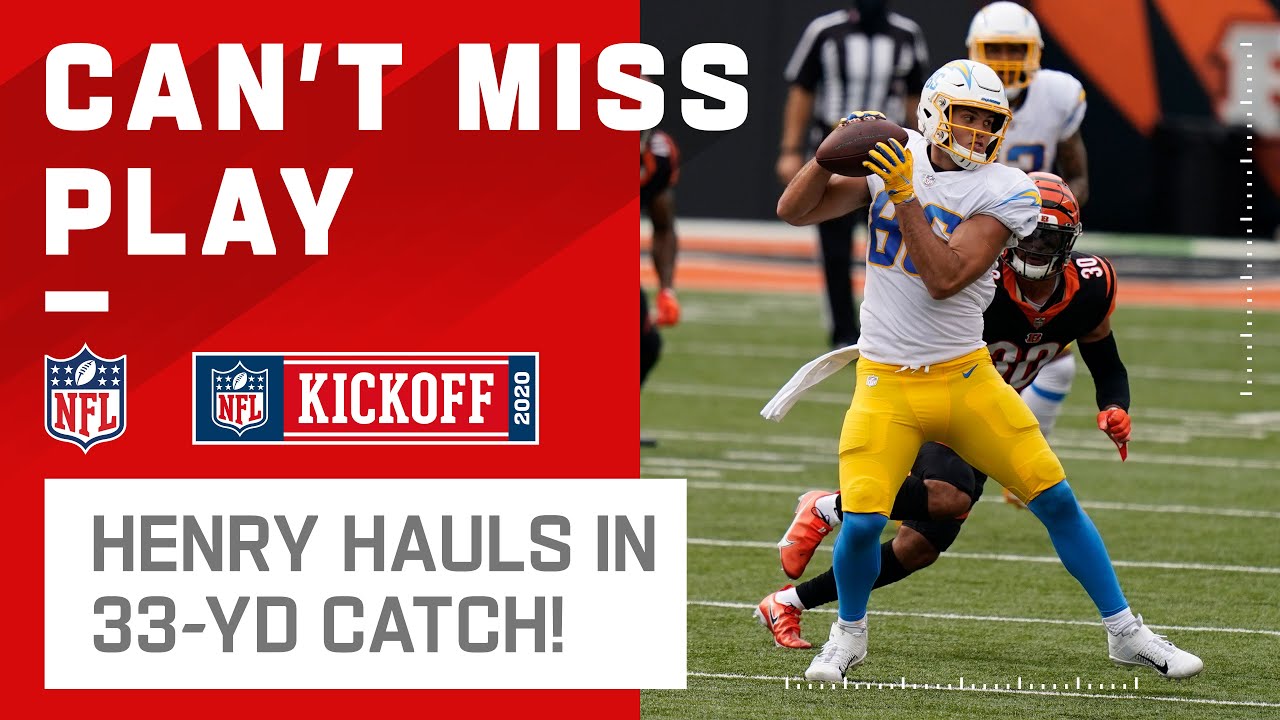 As if Smith was not a good enough stand alone play, his value skyrockets now that Michael Thomas is out. Smith is coming off his best game of the season catching all four of his targets for 54 yards and two touchdowns. With Thomas on the sidelines, this leaves the opening for Smith to get the kind of volume you look for to build a solid lineup.

Over the last three weeks he’s been targeted 17 times. He’s caught 14 for 182 yards and his two touchdowns. He benefits from not drawing WR1 attention from defenses given that a majority of his routes are within 10-15 yards from Drew Brees. This is also a benefit given what we have seen so far from the aging quarterback. Brees has not thrown the deep ball with much effectiveness without Thomas. This translates to many of his completions coming in the way of the shallower routes Smith runs.

The Los Angeles secondary is not to be feared. They are coming off of a game where Tom Brady threw two touchdowns to his wideouts. This week, they meet another future Hall of Fame quarterback in Brees. Despite not looking like his old self, the veteran can still get the ball to his playmakers. Smith is one of the more talented players at his disposal these days. Look for the potential for another big day at the office for him.

Sanders, like Smith, sees his value increase with the absence of Thomas. It’s been a relatively disappointing start with the Saints for the former Bronco and 49er’s wideout. Despite that, he has looked solid in flashes. He can only stand to benefit from another week of practice in the system and more filed time with Brees.

The Saints obviously can't wait to get Michael Thomas back, whether it be Monday or after the Week 6 bye. But one silver lining during his absence? Drew Brees has been building a connection with WRs Emmanuel Sanders and Tre'Quan Smith https://t.co/5AkAgvBnZA

So far, he has found the endzone twice and has had the same number of games with at least 50 yards and four catches. Last week, Brees looked his way nine times. He caught six for 93 yards. Sanders is appealing for many of the same reasons that make Smith viable in our Monday Night Showdown Picks. It would not be out of the question to use them both in an all Saints stack.

While it’s not a true running back by committee in the Big Easy, Murray finds ways to stay fantasy relevant. He’s seen double digit touches in three of four games this season. All the while racking up a cool 4.2 yards per attempt in the process. He sees enough volume to make him a great value play. It also presents a great opportunity to lock up the New Orleans ground game which is averaging 120 yards per game.

Given his normal workload, he can be used as the lowest priced player on your roster with the best shot at production. After him, follows a slough of dart throws that severely lack in acceptable levels of touches per game. Murray is a threat to find the endzone as he did twice last week so he is a calculated risk that has big payout potential.