6 Rules For Betting On The New 24-Team NHL Playoffs

The NHL is back … at a to be determined date and time after July 1 … So, playoff hockey is just around the corner! With Commissioner Gary Bettman’s announcement of a 24-team playoff we now have some live sports to commit to in the near future!

We’re all degenerates here looking for action, but you might not be up to date with all your NHL info. Yes, Gretzky retired, and we have got your backs degen nation!

Playoff hockey is a special brand of sports, one where the action, pace, and physicality go through the roof (see below). The refs call it a lot looser and the players play harder making for one hell of an entertaining watch. All this will get any sports degen excited, but how can you not just enjoy the sport but also win? By following these simple playoff hockey gambling rules.

No, you do not need to ask your girlfriend to rate the sexiness of the goaltenders, you need to know which goalie is on a heater. Playoff hockey is won and lost by the crazy man between the pipes. In the 2019 Playoffs we saw the St. Louis Blues ride Jordan Bennington to a championship. He helped the Blues knock off a favored San Jose Sharks team that was tied for second in the NHL in goals scored in the Western Conference Finals. He then allowed only six goals over his teams four wins in the Cup Finals to unseat a scrappy Bruins team. 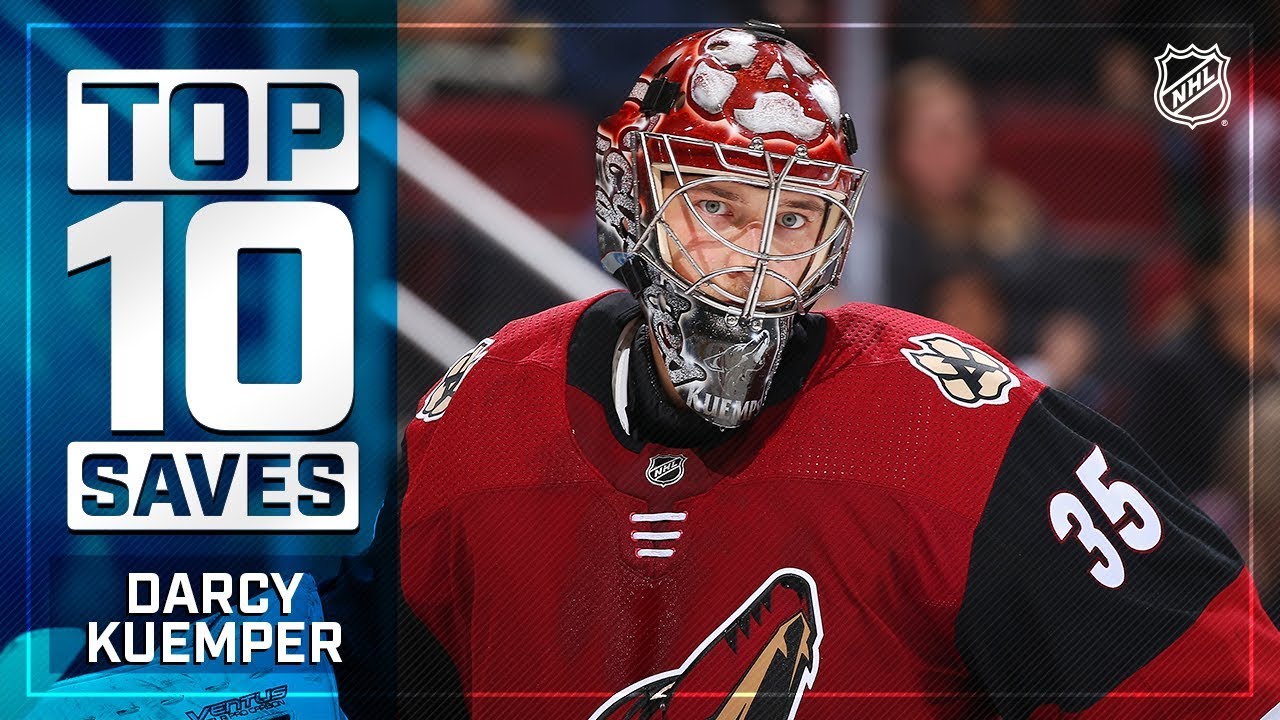 This year keep an eye on the Arizona Coyotes, presently +5000 odds to win it all. The Coyotes were a team on the rise with Darcy Kuemper starting to show growth between the pipes. All that changed on December 19 when Kuemper went down for two-plus months before coming back just in time for the suspension of the season. Kuemper has shown growth in Arizona and should he return to form he will have a good chance to unseat the higher-seeded Nashville Predators (+3000)  in Round 1 and to a deep playoff run.

The pregame light show, the raucous crowd, the aquatic animals thrown onto the ice, all of these things pump up the home team in playoff hockey. All of that will go out the window without fans in the stands. Teams will be forced to discover their own momentum and play high-caliber hockey without the home crowd behind them.

Considering playing in empty arenas, the Philadelphia Flyers (+1100)  will be particularly hard hit. The Flyers were an NHL best 25-10-4 at home, while being a middling 16-18-3 on the road. Now the Flyers will face a tough Round Robin round against Boston, Tampa, and Washington, all three of whom are just as good, if not better on the road. Philly will be hard-pressed to maintain that prime playoff seed and could be prime pickings for an upset after the Round 2 matchups are set.

In the playoffs when the lights shine a little bit brighter, you have to know you can rely on and depend upon your stars. True superstars will shine bright on the biggest stage, while pretenders melt away under the pressure of primetime. Legends are cemented during Playoff hockey. Gretzky was a star before the Oilers went on their cup runs, then he became a god.

I'd say this Connor McDavid mixtape is NSFW but since you're probably working from home right now just watch at your own discretion pic.twitter.com/GfLhDUsSUS

There is another rising star in Edmonton (+2000) as Connor McDavid was on pace for his third straight 40+ goal season and 100+ point season before the shutdown. The Oilers have been searching for the heir-apparent to Gretzky for decades and may have finally found him in McDavid. As the NHL enters into their abbreviated postseason, McDavid will be primed to take the next step as a superstar in the NHL. Trust big names like McDavid in Edmonton and Ovechkin in Washington (+1000) as the playoffs start.

Win game one and the series is more-than-likely yours. In all seven-game series in the history of the NHL Playoffs, teams that win Game One goes on to win the series 69.6% of the time. If the home team, higher-seeded and most-likely favored team, win it those odds climb to 76.1%.

It remains to be seen how the hub-city centered playoffs will impact stats like this, but it remains that whoever wins game one will almost instantly gain favored status to close out the series.

So roll with the team with a strong playoff resume. Teams build culture and success in the NHL year after year. Every year in the playoffs some upstart team like the Maple Leafs (+3000) thinks it is their year. Just as they get rolling a team with a lot more experience and playoff miles hits them and the young guns fold fast. Also, remember the Leafs could not beat an emergency goalie/Zamboni driver earlier this year. Just don’t bet on the Leafs.

The Carolina Hurricanes (+3000) made a deep run to the Eastern Conference Finals last year before falling down against the Bruins in four games. The Canes are a scrappy bunch who could provide nice value and they have the experience to get over that hump and into the Stanley Cup finals.

Meanwhile, teams like Washington (+1000), Pittsburgh (+1800), and St. Louis (+800) are teams that have won Cups recently and will draw on their playoff experiences and a championship pedigree. Consider these three the top-tier contenders right now and pay attention to how newcomers like Philadelphia (+1100) and Colorado (+900) fair in the round-robin against the big boys.

Rule #6 Do Not Trust the Tampa Bay Lightning

Tampa Bay (+600) has proven to the world that hockey can exist in Florida, but they have not been able to hoist the Cup this decade, despite finishing first or second within the conference six of the last seven years. They have also lost in the first round (twice) more times than they have made it to the Stanley Cup Finals (once) in that time frame. Including a four-game sweep by an eight seed.

For the first time in their history, the @BlueJacketsNHL are in the Second Round. #StanleyCup pic.twitter.com/RakMnFF3zO

For a high-powered scoring machine, first in goals for this season, with a strong defense, ninth in goals against, you would expect them to be an odds on favorite. Yet when the playoff lights come up, the Lightning do not have the ability to answer the bell.