25 Things Witnessed At The Eagles Parade 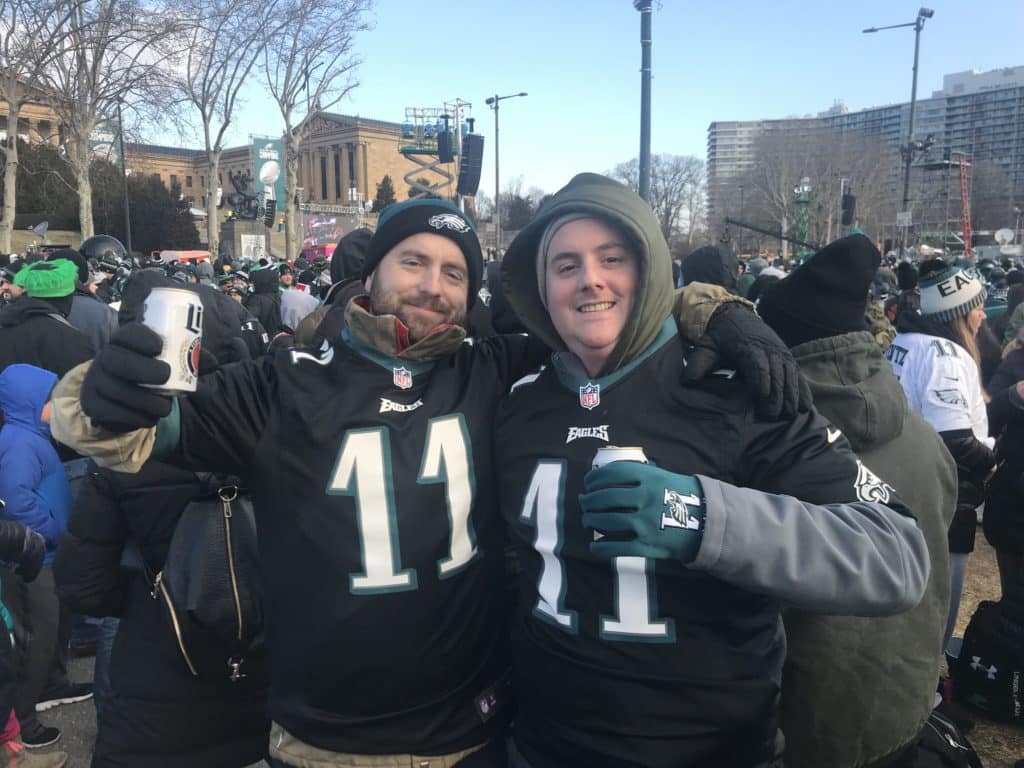 Going to the Eagles parade was truly a once in a lifetime experience. Getting to roam the streets of Philadelphia with millions of other Birds fans was something I’ll never forget. I spent the parade posted up at the Art Museum steps and here’s a list of all the things I got to witness (either in person or on social media) on that fateful day. Here is my Eagles Parade recap!

1. A man dressed as an Eagle hanging out in a tree.

3. Millions of Eagles fans in one location.

A post shared by Fan Page Philadelphia Eagles (@phillyeaglesterritory) on Feb 9, 2018 at 10:41am PST

4. Jason Kelce making fun of Lane Johnson “not being able to lay off the juice.”

5. A Trust The Process Chant as someone attempted to climb a light pole.

6. An ASS-HOLE chant after someone dropped a beer that was thrown at them while sitting on a light pole.

7. An ASS-HOLE chant after someone fell off a light pole.

8. A small child getting his first taste of throwing something into the crowd when he chucked a brown days old banana at unsuspecting spectators.

11. A woman urinating into a solo cup, minutes after she accused everyone around her of being “typical Philly trash!”

14. Multiple home made Super Bowl trophies made out of aluminum foil.

17. A guy who brought 70 pieces of fried chicken that he made with his air fryer and was handing them out like they were Trick O’ Treat candy. Thanks man!

18. A man get yelled at for using foul language when there are kids around.

19. A man yelling at another guy “Why would you bring him here? How hard is it to get a fucking babysitter?”

20. A fan base not ready to lose their edge.

They may have just won the super bowl but Philly will never forget…. @spittinchiclets

22. A bunch of dudes not afraid to get emotional.

Philly cops dancing with the fans at the super bowl championship parade, till the boss man notices. from r/eagles

Sean Green is co-host of The Sports Gambling Podcast. When he isn't giving out his free NFL picks, he works as a stand up comedian, writer and producer. He's currently the head writer and supervising producer on "Ridiculousness" but has also written for Crashletes (Nickelodeon), SFTHF (Full Screen) and Guy Code (MTV Digital). Sean also hosts his own late night sports talk show "Sean's Sports Show".