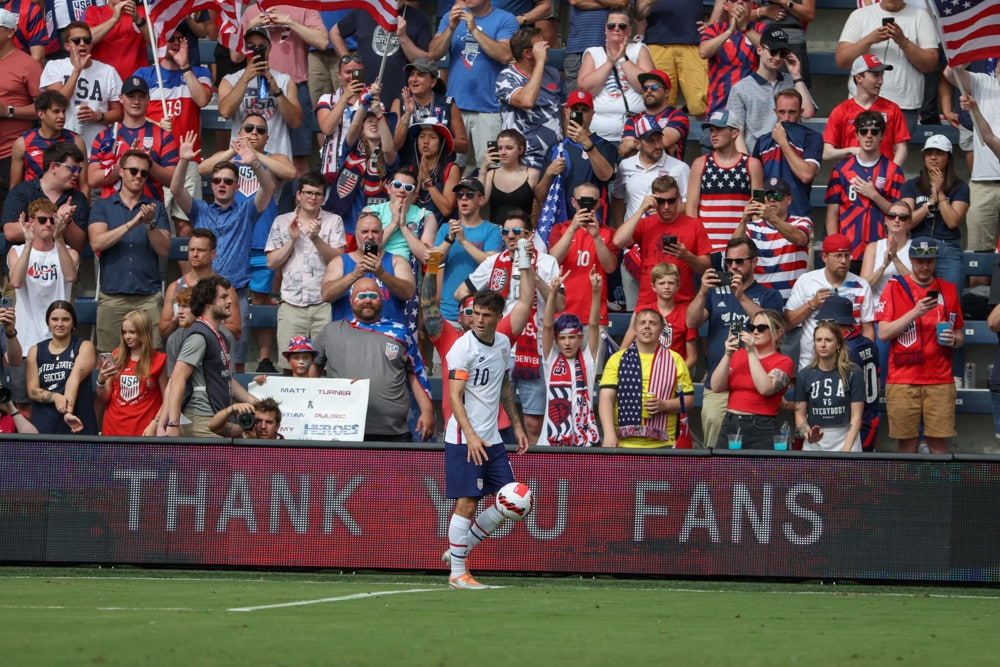 What an opening day it was as Ecuador took down host nation Qatar 2-0. Now, we turn our attention to Matchday 2 which involves the USA and England. England play Iran in the early match, with the USA and Wales squaring off Monday afternoon. A nice match in the middle with Senegal and Netherlands. Today concludes Matchday 1 for teams in Group A and B.

Iran conceded just four goals in ten AFC World Cup qualifying matches. They have an in-form striker in Porto’s Mehdi Taremi. England went unbeaten in their ten qualifying matches and topped their group with 26 of 30 possible points. We are asking England to get three goals against a solid squad, that probably won’t score a goal themselves. England did lose Reece James and Ben Chilwell at the back to injuries. The good news for England is that one to two goals will be enough to sit back and play possession for the remainder of the game against Iran. Outside of Taremi, Iran is thin. We like this as a 1-0 England victory. Plays: Under 2.5 Goals (-150); England to record a shutout win (-120)

You have to pay a bit for this price, but one team can easily score two goals in this hotly-contested match. The Netherlands are undefeated in their last fourteen World Cup matches. They’ve also kept a clean sheet in their last 3. Senegal will be without Sadio Mane for the World Cup. It is confirmed. The Netherlands has never won the World Cup after having qualified eleven times. With no Sadio Mane for Senegal, it’s tough to picture a threatening side to battle for 1st in this group. That means tons of trouble for Senegal and scoring for their World Cup match on November 21. Plays: Over 2 (-150); Netherlands Team Total Over 1.5 (-120)

The US has a rebuilt roster and elite players in Christian Pulisic and Weston McKennie. Wales doesn’t have an intimidating defense. Their offense will consist of Gareth Bale, Kieffer Moore, and Aaron Ramsey. Bale is a difference-maker, but he may only be fit for a half at best. The USA firepower extends to the bench with Reyna, Aaronsen, Musah, Sargent, all battling for playing time. Granted these players may start. Top to bottom, the US is young, electric, and more likely to score goals than Wales. The US may need to use this game to find its footing, and we at least like them to not lose in their opener. This game is the most anticipated of the November 21 World Cup slate. The Yanks are brining a young and talented squad, but are they ready for the big stage? Plays: USA Draw No Bet (-130)