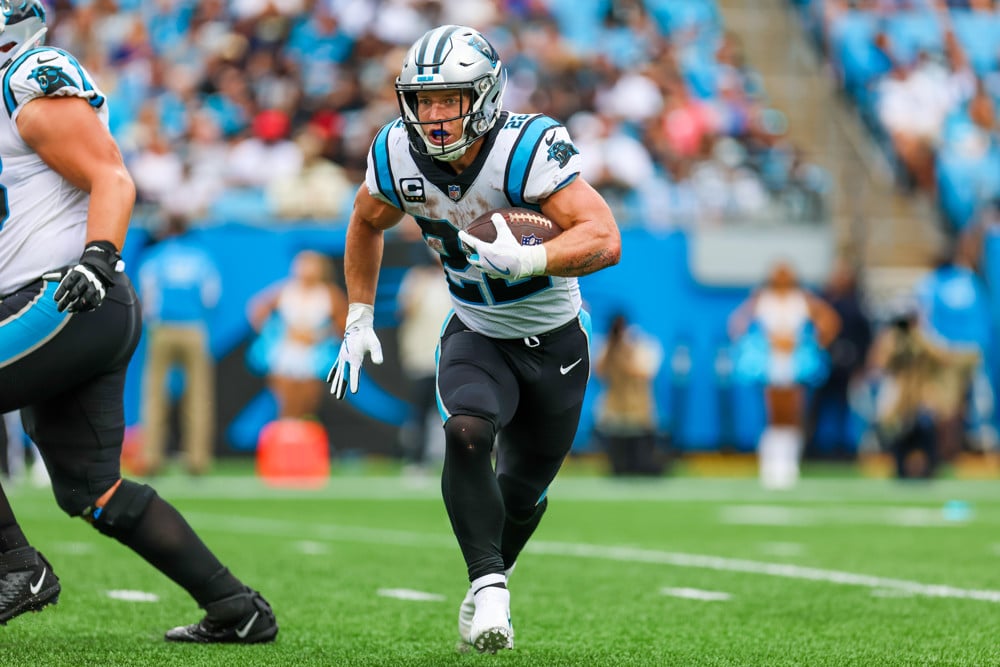 You’re almost one month into your quest for a fantasy football championship and maybe all is looking lost already. You started 0-3 after waiting on running back and drafting J.K Dobbins and Elijah Mitchell and you’re not quite sure what to do at this point. Maybe it’s time to make some trades, but where do you even start? Don’t worry, we have you covered with our dynasty trade value chart.

This fantasy football trade value chart looks at player values based on a number of factors (see the methodology below) and assigns each player a specific trade value. Is this the holy grail for your trades? No, nobody can value players the same way you do, just as you can’t value players the exact same as somebody else. But it’s a guide to help you in dynasty trades and helps you argue why a trade is a good one. Whether you’re arguing with somebody in your league or arguing with yourself, let this be your guide.

If you haven’t reviewed our Fantasy Football dynasty trade value chart before, here’s a little on the methodology. First, the rankings system we use takes FantasyPros best, worst and average rankings. We also throw in a little standard deviation to count all variables.

For the first time in our fantasy football trade value chart, we’ve added superflex values. These may continue to alter, and formulas may tweak as we go forward, however, we are moving on up with one of the biggest growing fantasy football trends. After three weeks of data to use for points rather than using last year’s, Josh Allen and Patrick Mahomes remain at the top of the list. Their elite play was on display in their respective games, and they’ll continue to be the highest valued. Third, with his elite rushing floor, is Lamar Jackson. He’s tied with the young gunslinger on the Chargers, Justin Herbert. Fifth on the list, for now, is Kyler Murray, even after the Cardinals’ disappointing 1-2 start.

Next on the dynasty trade value chart is running backs. Jonathan Taylor has been at the top of this list for almost a full year, however, after some up and down play in fantasy football, Christian McCaffrey is closing in behind him. Third on the list is Najee Harris, who even though hasn’t dominated in points, is still a young and promising running back. Saquon Barkley is fourth on the list, showing this year that he may be back and on his way to comeback player of the year. DeAndre Swift is fifth, though may slip a little more after reports that he may miss two or more games.

Justin Jefferson holds his top wide receiver spot on the dynasty trade value chart. His fantasy football trade value grew slightly over the other wide receivers after a solid two weeks before a disappointing one in Week 3. Stefon Diggs is second on the list after showing he’s still a reliable target for Josh Allen. He’s tied with Ja’Marr Chase, who had an electric rookie season and is off to a good sophomore start. CeeDee Lamb is still garnering 21% of the target share with the Cowboys, even though Dak Prescott is still hurt. He’s a young player that is incredibly talented and a reliable redzone target. In fifth place, Deebo Samuel continues to get both looks in the passing game and carries in the run game.

The tricky tight end position continues as some of the Top-5 laid stinker games. Nevertheless, they remain at the top, presently due to their age, and promise. Kyle Pitts enters his second year and remains at the top of our dynasty trade value chart. He had a disappointing first two games. Nonetheless, Pitts showed up last week. He showed up he’s still a top tight end. Mark Andrews is second, but if Travis Kelce can continue to be such a dominant force he’ll continue to creep up, despite his age. George Kittle is also tied at third, though if he doesn’t stay healthy, he may start to fall down the charts. Dallas Goedert is fifth after a solid start to the season in a high-powered Eagles’ offense.