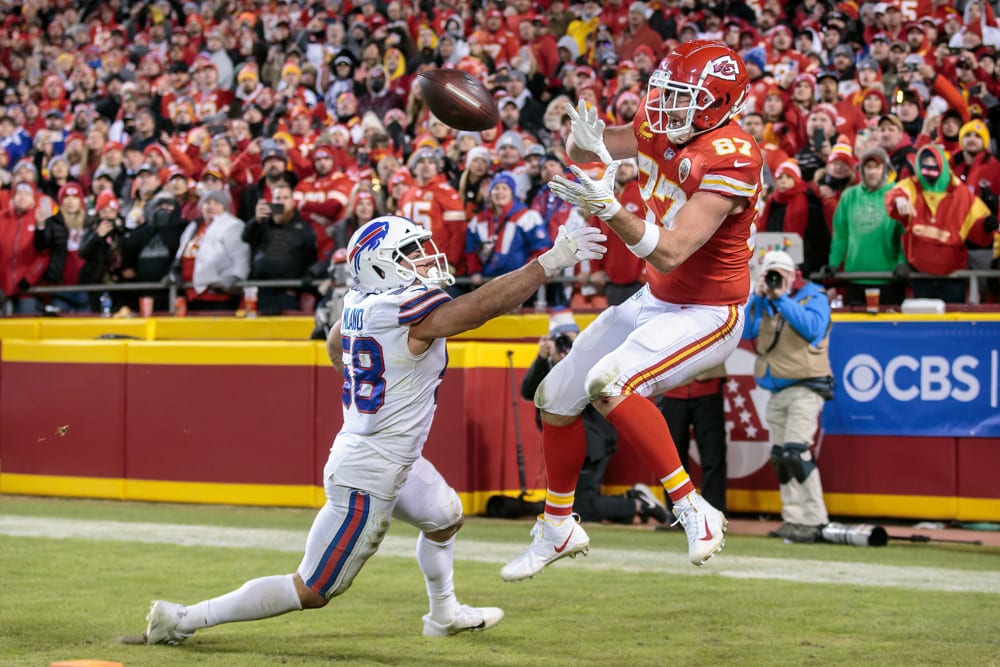 There are so many red zone statistics. To make our fantasy football teams productive, we need to analyze all the information and pull out what we need.

Rushing attempts from the 19-yard line have had a 3% touchdown rate over the past ten seasons. Carries from 10-19-yards out have combined for a 5.2% touchdown rate. Touchdown success on the ground does not hit 10% until the 8-yard line.

So, what do we do? We get the relevant statistics from last year and see if we can gather the takes that will make us fantasy relevant this year.

First, the attempts in red zone scoring. There are teams (you noticed) that were pretty good with red zone attempts at home but sucked when playing away.

Better Home Than Away

Better Away Than Home

And then there were the teams who excelled in red zone attempts when away from home.

Is there a correlation between team attempts and team red zone scoring percentage?

Did you notice that the teams that had better red zone attempt away have new quarterbacks? Curious.

It is interesting that the top-10 tight end fantasy tight ends did not necessarily dominate in red zone targets. It was close but not domination.

So, Pat Freiermuth, Tyler Higbee, and Cameron Brate all had 20 red zone targets. Freiermuth finished as TE12, Higbee TE14 and Brate TE28. Freiermuth had seven touchdowns while the Steelers as a team scored on 54.72% of their red zone plays.

Fantasy points in tight ends are hard to come by, but if your tight end is playing one of these teams, you may have a chance. Last year, these teams allowed the most average fantasy points per game to the tight end position.

It is a little different for the running backs. The correlation is more apparent.

There is a clearer correlation between the number of rushing opportunities a running back gets inside the 20-yard line and their fantasy productivity.

Eight teams last season gave up an average of 20 or more fantasy points to the running back position.

As you would expect, the wide receiver position has an almost direct correlation between targets, red zone targets, and fantasy football standings.

Remember, there is a difference in fantasy production depending on your league scoring. In standard scoring leagues: Mike Williams is WR9, DK Metcalf WR10, and Tyler Lockett WR11 last season. Adams dropped from WR2 to WR5, and Johnson drops out of the top 10 to WR12.

The opportunities in the red zone targets and just how many times the player is targeted matter.