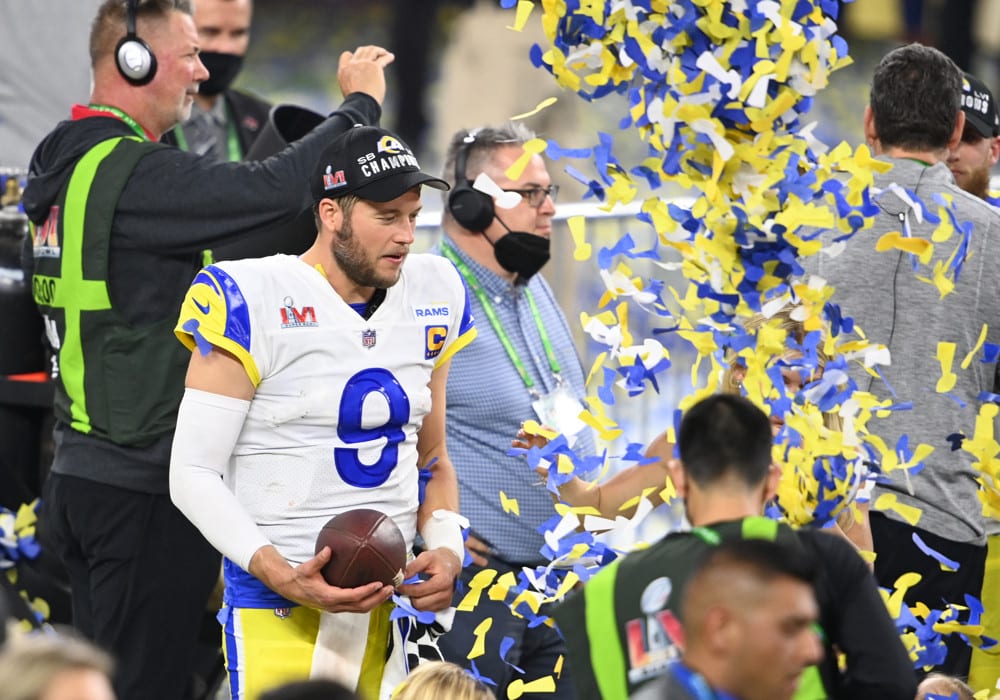 The guys (@GamblingPodcast) break down their big wins and losses in their Super Bowl 56 recap. Plus they check in with Katie Mox (@KatieMox), Cousin Mush (@Cousin_Mush), Cameron Kerr (@KerrCameron) and Noah Bieniek (@Seventy7NB)

The guys recap the Super Bowl. It was a profitable one for Sean, Ryan, and YOU if you tailed their props! Some of the big wins are highlighted at the beginning of the episode including Ryan’s Gatorade color prop win. In the end, the game ended up being a 25% return for the boys.

Then the guys start taking calls to hear how the bets went for the listeners. OBJ’s injury definitely hurt the Rams but it also caused an even bigger need for our man, Ben Skowronek, to step up. Unfortunately, his touchdown props still didn’t hit.

Ryan admits that Skowronek must’ve heard the hype from the podcast and let it get to his head. He was playing with butterflies and was probably at fault for one of Stafford’s interceptions. Who would’ve thought that the SGP belief in Ben Skowronek would be directly correlated with an interception in the Super Bowl?